– One Man Gang vs. Kenny Kendall

Becky Lynch kicked off tonight’s RAW as she came out with the Women’s Money In The Bank briefcase. Becky is here to deliver a major announcement and she begins crying.

Becky talked about how fans have always supported her. Becky then said she needs to go away for a while. Asuka then came running out and she’s angry.

Becky says Asuka is the only woman who has beaten her and that Asuka is the best female wrestler for a while. Becky opened the MITB briefcase and it has the RAW Women’s Championship.

Becky then says Asuka can be a warrior, as she’s now going to be a mother. Yes, ladies & gentlemen, Becky is pregnant! 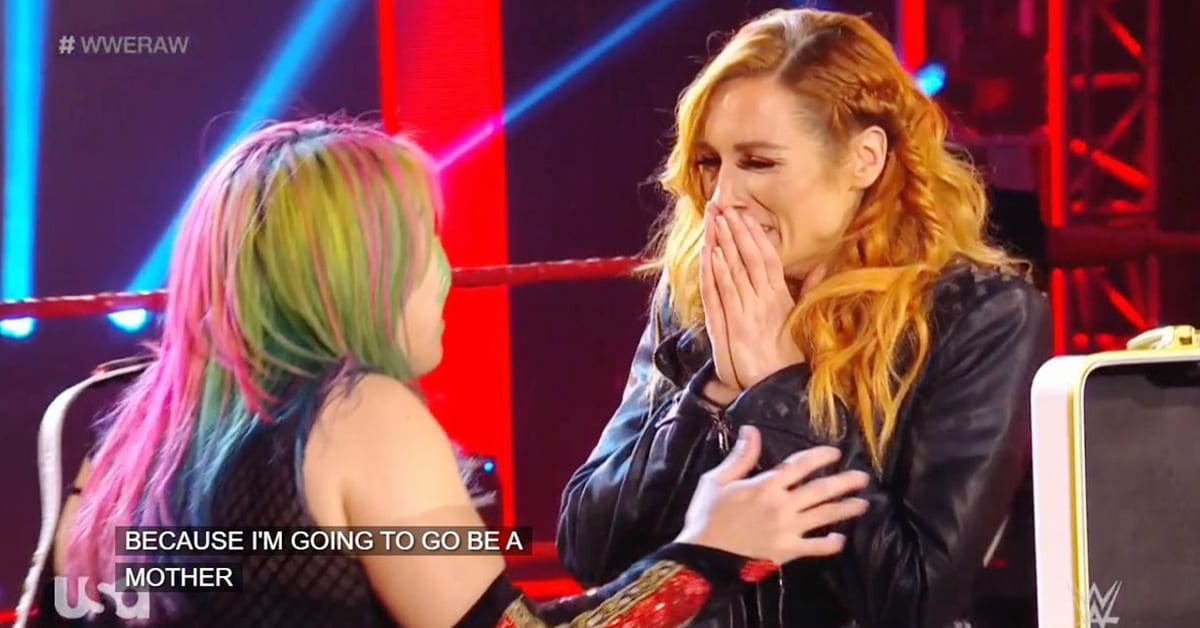 Asuka & Becky then hug and Becky leaves with an emotional look on her face.

We'll miss you, too, @BeckyLynchWWE … but we couldn't be happier for you! #WWERaw pic.twitter.com/iZteMLNXlN

Becky then got congratulated by wrestlers backstage.