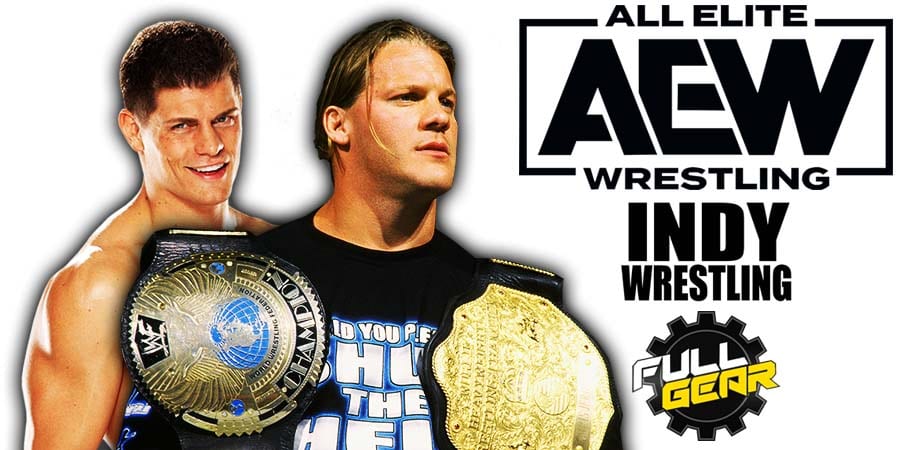 At tonight’s AEW Full Gear PPV, Chris Jericho defeated Cody Rhodes to retain the AEW World Championship when Cody’s friend, MJF, threw in the towel to call the match off.

After the match, MJF turned on Cody and low-blowed him. You can watch it below:

.@THE_MJF! HOW COULD YOU! pic.twitter.com/acHMjJSgc5

Below are the results from AEW Full Gear so far:

– Britt Baker def. Bea Priestley on the Buy In Show (after the match, Awesome Kong & Brandi Rhodes take out Bea and cut her hair)

– SCU (c) def. Private Party & Lucha Brothers in a Triple Threat Tag Team Match to retain the AEW World Tag Team Titles (Christopher Daniels returned after the match and got his payback against Pentagon Jr. by laying him out)