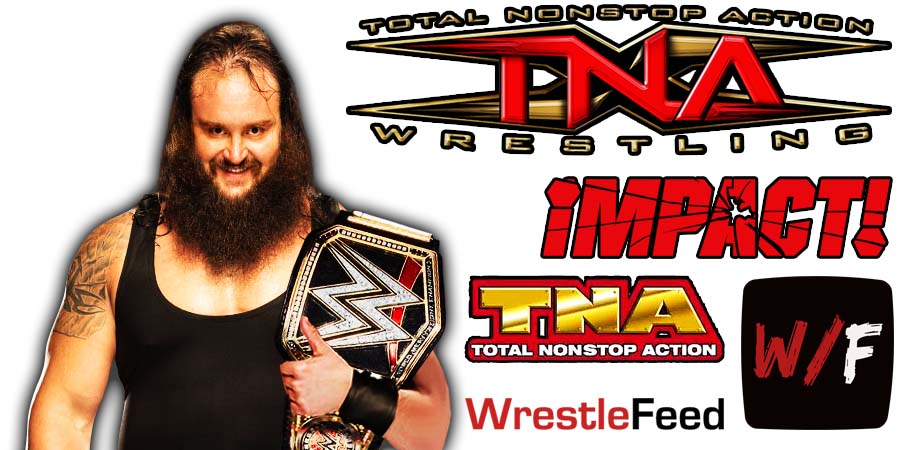 We now have a latest update regarding former WWE Universal Champion Braun Strowman.

We are told the two were sitting for a long time with Scherr arriving to meet D’Amore, who was waiting for him.”

While nothing is confirmed at the moment, word going on is that IMPACT Wrestling is planning a few surprises for next weekend’s Bound For Glory PPV and Strowman might be one of those surprises.

We’ll keep you updated regarding Braun Strowman’s status here on WWFOldSchool.com and on our WrestleFeed App.

Also Read: Former WWE Stars Will Have A Title Match In Their Impact Wrestling Debut At Bound For Glory 2021

This episode was pre-taped from the Municipal Auditorium in Columbus, Georgia and featured matches, interviews & storyline segments on the road to the ‘WCW Halloween Havoc 1992’ PPV.

The Barbarian vs Joey Maggs