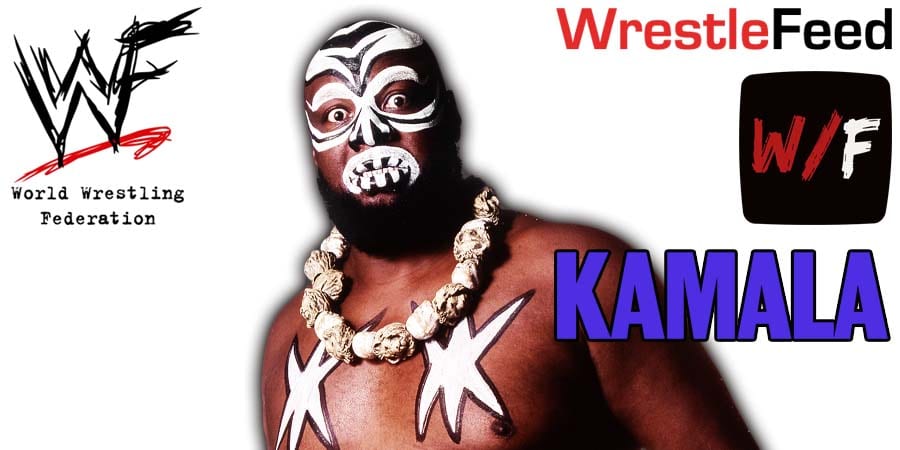 We are saddened to report that former WWF wrestler Kamala has passed away at the age of 70.

His cause of death is not known at this point, but we’ll keep you updated.

Kamala joined the WWF in 1984, and had memorable battles with Hulk Hogan and Andre the Giant.

He left the company later that year, and made two comebacks after that.

In November 1992, Kamala lost to The Undertaker at Survivor Series in the first ever televised casket match.

In 2011 and 2012, he had both his legs amputated below the knee due to complications of high blood pressure and diabetes.

We’ll be posting more videos of Kamala on our WrestleFeed app’s video section as a tribute and will also be covering more updates regarding his death, whenever they are available. Tap here to download.