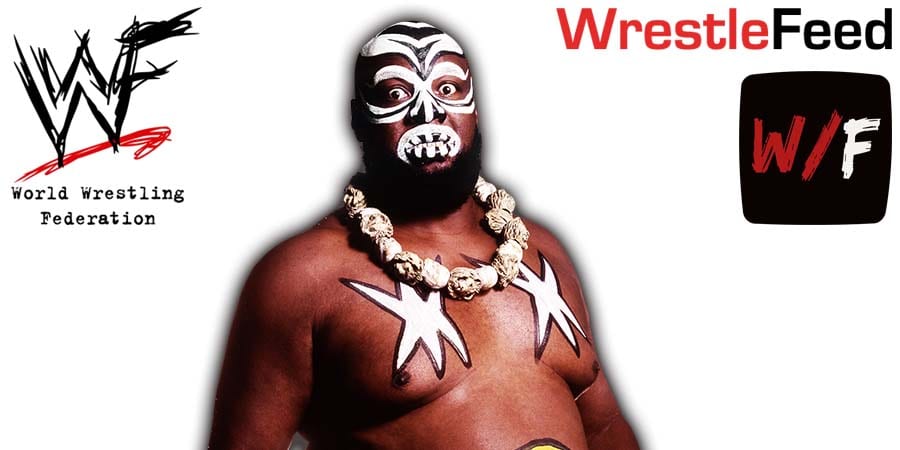 As we noted earlier, Old School WWF Veteran Kamala passed away at the age of 70.

Below is how the wrestling world reacted to his death:

WWE is saddened to learn that James Harris, known to WWE fans as Kamala, has passed away at age 70.https://t.co/d0kGY4GcTO

AEW and the wrestling world mourn the passing of wrestling legend James “Kamala” Harris, our thoughts are with his family, his friends and his fans.#RIPKamala pic.twitter.com/kYMMusLJXJ

Just been told that Kamala has passed away. pic.twitter.com/oBGnezmujn

A character that you created and a nice, nice man.

GOD BLESS THE KAMALA HE ALWAYS PUT ON A SHOW FOR THE FANS GOOD BIG MAN WHO WORKED THE GIMMICK BETTER THEN MOST IT BREAK MY HEART #ripkamala pic.twitter.com/8hFybhctSq

RIP to the Ugandan Giant, Kamala. This man terrified me as a child. pic.twitter.com/kSyuchnhU1

We’ll be posting videos of Kamala on our WrestleFeed app’s video section as a tribute and will also be covering more updates regarding his death, whenever they are available. Tap here to download.