On tonight’s episode of SmackDown, it was confirmed that The Bella Twins will be inducted into the WWE Hall of Fame Class of 2020 during WrestleMania 36 weekend.

Below is the announcement from WWE: 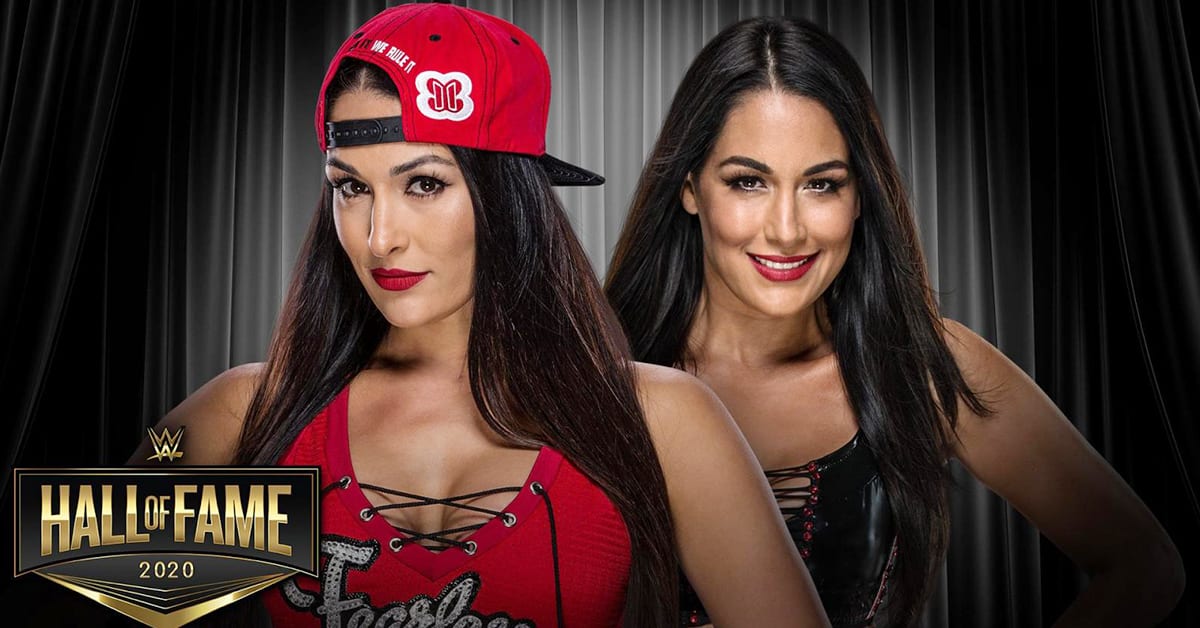 “Nikki & Brie Bella, two of the most iconic female Superstars in WWE history, are the latest inductees into the WWE Hall of Fame Class of 2020. They will take their place in the hallowed hall on Thursday, April 2, in Tampa, Fla., during WrestleMania 36 Week. The news was first revealed by Alexa Bliss during “A Moment of Bliss” on Friday Night SmackDown.

The Bella Twins join Batista and nWo members Hulk Hogan, Scott Hall, Sean Waltman and Kevin Nash in the 2020 class so far. Nikki & Brie will react to the huge news in an interview on WWE Backstage this Tuesday at 11 p.m. ET on FS1.”