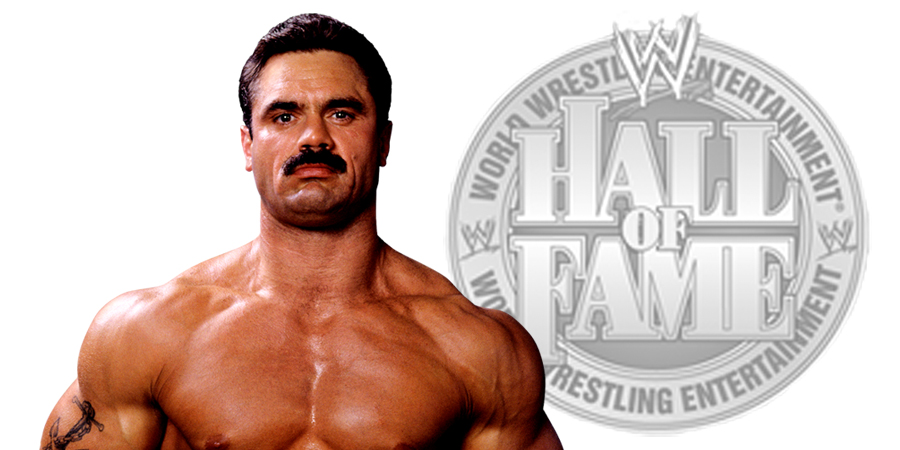 WWE has just announced that late great Wrestling Legend “Ravishing” Rick Rude will be inducted into the WWE Hall of Fame Class of 2017.

They also announced that Ricky “The Dragon” Steamboat will induct him. Below is what WWE posted:

“Ravishing” Rick Rude will be inducted into the WWE Hall of Fame by one of his greatest rivals, Ricky “The Dragon” Steamboat.

The two locked horns several times in WWE in the late 1980s, including a memorable bout that kicked off the first-ever Royal Rumble event in 1988. However, their rivalry reached its boiling point in the early 1990s in WCW. With Rude as the centerpiece of Paul Heyman’s nefarious Dangerous Alliance, “The Dragon,” one of the most heroic competitors ever, was one of the first to stand up to the villainous faction.

Steamboat zeroed in on Rude, the reigning United States Champion, in a series of matches that thrilled WCW fans. Their rivalry came to a head at Beach Blast 1992 in a grueling 30-Minute WCW Iron Man Match, where Steamboat eked out a narrow 4-3 victory in the waning moments of the battle.

Now, “The Dragon” will have the chance to reflect on the impact “Ravishing” Rick Rude had on sports-entertainment as he inducts his late rival into the WWE Hall of Fame as part of the Class of 2017. What will Steamboat have to say? Tune into the WWE Hall of Fame Induction Ceremony, live on Friday, March 31, at 8 ET/5 PT, exclusively on WWE Network!

Below is what the WWE Hall of Fame Class of 2017 looks so far: