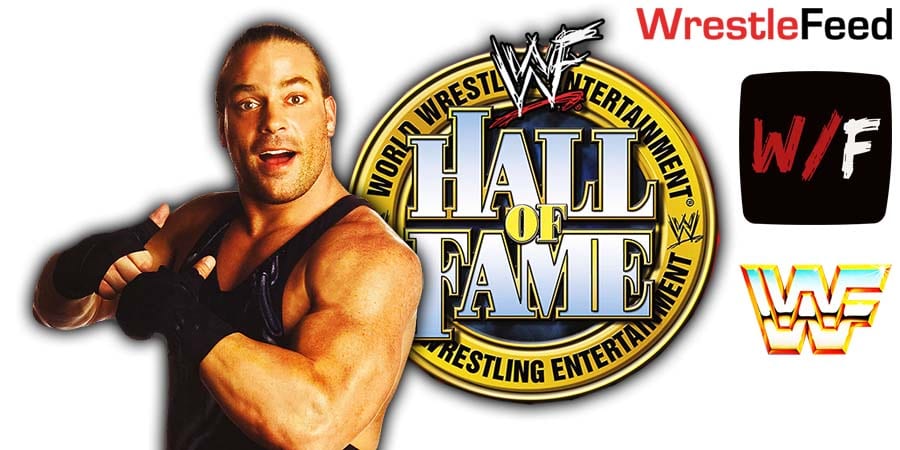 WWE has officially announced that former WWE Champion Rob Van Dam will be inducted into the WWE Hall Of Fame Class Of 2021.

Paul Heyman also teased it a few days back.

BREAKING: As first reported by @FOXSports, @TherealRVD is the latest inductee in the WWE Hall of Fame Class of 2021! #WWEHOF https://t.co/hUMbomRPm9

RVD had the following to say about this honor during an interview with FOX Sports:

“It’s a pretty awesome feeling. Just like you probably would imagine, it feels like I’m being acknowledged and appreciated for my body of work. It feels very good. I’m honored.

[Fans have] been calling me future Hall of Famer for years and I always just shrug and say, ‘All right, man. As long as you think so.’ But, glad to be among the chosen few this year.

I’m glad for me and for all the fans. I feel like them being behind me and wanting to see this happen is a win for them as well.”

Here’s what the WWE Hall Of Fame Class Of 2021 looks like now:

For most of his career, he was the leader of the famous faction “The Fabulous Freebirds” with his buddies Terry “Bam Bam” Gordy, Buddy Roberts and later in WCW with “Gorgeous” Jimmy “Jam” Garvin.

In 1995, Hayes joined the World Wrestling Federation as an announcer, under the name Dok Hendrix.

In 2016, The Fabulous Freebirds were inducted into the WWE Hall of Fame.