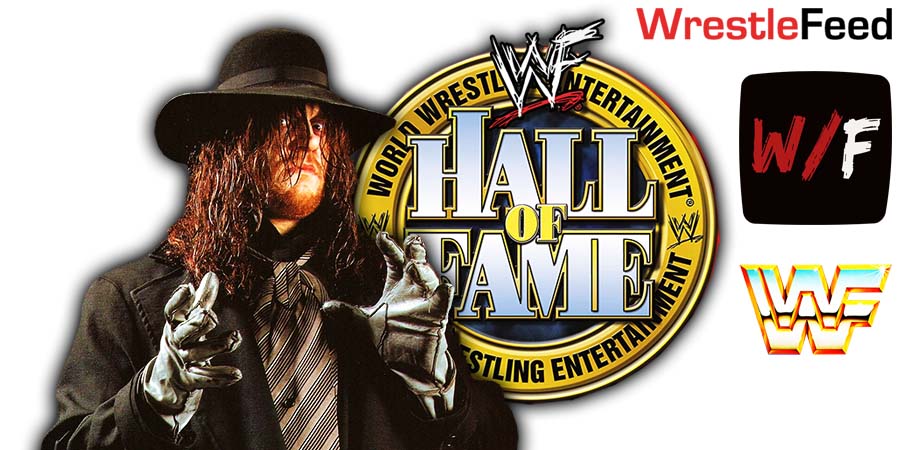 • BREAKING NEWS: The Undertaker To Be Inducted Into The WWE Hall Of Fame In April

“The Undertaker just became the first inductee into the WWE Hall of Fame’s Class of 2022, as first announced by the New York Post.

The Deadman will be enshrined in the hallowed hall during the 2022 WWE Hall of Fame Induction Ceremony as part of WrestleMania Week.

The WWE Hall of Fame at a ceremony will take place Friday, April 1 at American Airlines Center in Dallas as part of WrestleMania Week. The event will stream live exclusively on Peacock in the U.S. and WWE Network everywhere else.

In addition, for the first time in history, WWE will present both Friday Night SmackDown and the 2022 WWE Hall of Fame Ceremony live on the same night at American Airlines Center, giving all fans in attendance an unprecedented opportunity to witness both events for one price. Tickets for the special 2-for-1 SmackDown + Hall of Fame go on sale this Tuesday, Feb. 22 at 10 a.m. CT via Ticketmaster.

Also, don’t miss The Undertaker’s first comments on his monumental Hall of Fame induction when he joins The TODAY Show tomorrow morning on NBC.”

Also Read: James Ellsworth Reveals What The Undertaker Did Backstage After Royal Rumble 2017

This episode featured matches, promos, highlights & storyline segments on the road to the ‘WWF In Your House 6: Rage in the Cage’ PPV, which happened later on the same day.

– Highlights Of The WWF Superstars On Their Tour Of India

– Can We Talk With The Following Question: “Who Has The Most Devastating Move in The WWF?”