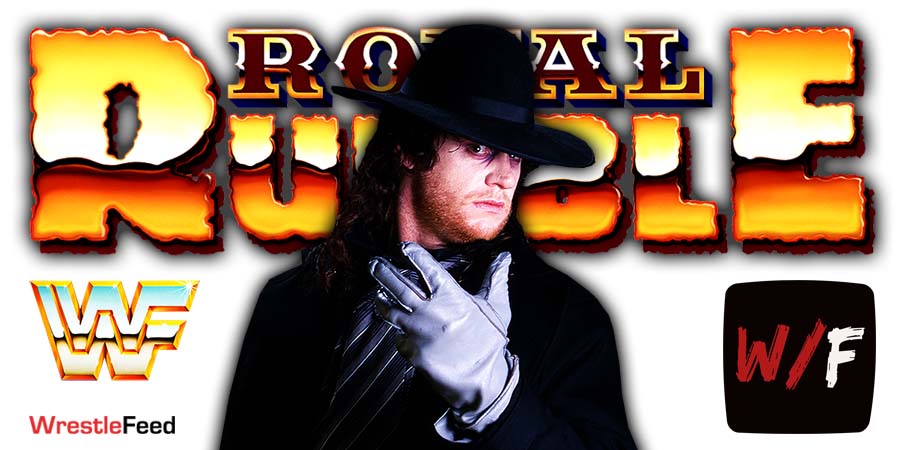 In 2017, The Undertaker competed in his final 30-man Royal Rumble match.

In that match, he had his 1st ever face-to-face encounter with Goldberg and seeds for his WrestleMania 33 match against Roman Reigns were planted as well, when Reigns eliminated The Phenom.

During a recent interview on Cheap Heat Productions Podcast, former WWE wrestler James Ellsworth (who was also a part of the 2017 Royal Rumble match) revealed what The Undertaker did backstage after the match was over:

“He came in the locker room, The Undertaker, and shook everyone’s hand that was in the Royal Rumble and said thank you. That was like the coolest thing to me.

I was like, ‘Wow, that’s respect, that’s old school, and that’s the way it should be.’ I remember thinking that. People need to learn from that.

Randy Orton just talked about it on some podcast this week. There’s not a lot of respect between the boys anymore, which is a shame, man, because I love the boys. I love being around them, I love talking smack to them, I love ribbing them, getting ribbed.

To me, my humble opinion, it’s not as cool or fun anymore, but it is what it is.”

The Undertaker retired from in-ring competition in 2020.

Also Read: “I never should’ve done what I did” – Goldberg On What Happened During His Match Against The Undertaker

– Doink The Clown vs. Greg Davis