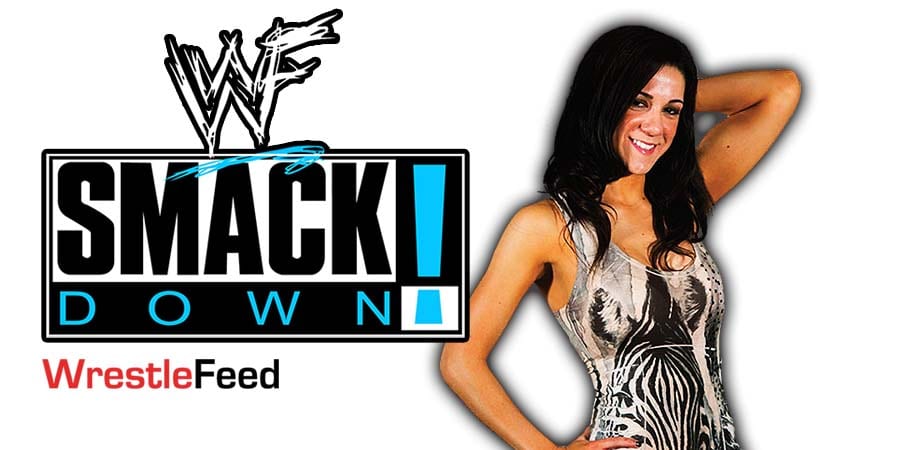 • BREAKING NEWS: Top SmackDown Star Out Of Action For 9 Months

Bayley out approximately 9 months after sustaining injury while training

“WWE Digital has learned that Bayley sustained an injury while training for her WWE Money in the Bank match against Bianca Belair and will be out approximately 9 months.

A suitable replacement for the SmackDown Women’s Title Match will be announced tonight on FOX.”

Bayley was scheduled to face Bianca Belair in an “I Quit” match for the SmackDown Women’s Championship at next weekend’s Money In The Bank 2021 pay-per-view.

1. Diamond Dallas Page vs. The Undertaker