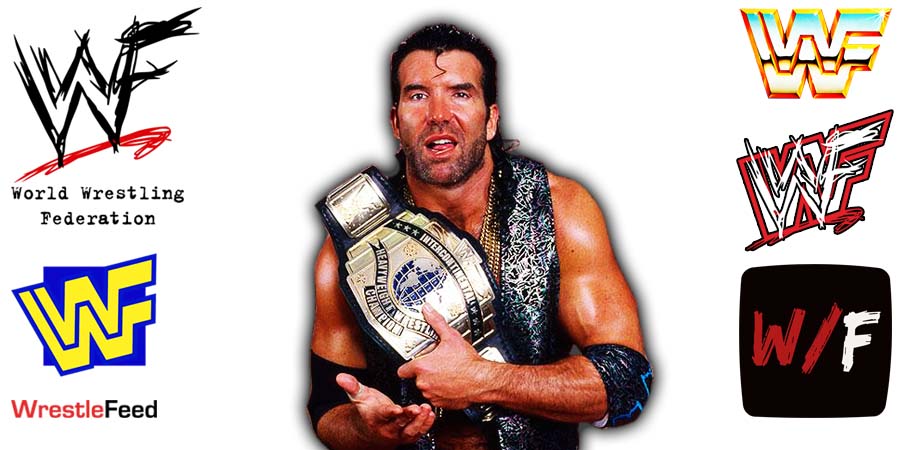 We are saddened to announce that Old School WWF/WCW Legend “Razor Ramon” Scott Hall has passed away at the age of 63.

WWE kicked off tonight’s RAW with this sad announcement.

WWE is saddened to learn that two-time WWE Hall of Famer Scott Hall has passed away.

Hall suffered 3 heart attacks and was put on life support at the Wellstar Kennestone Hospital in Marietta, GA.

He broke his hip last week after suffering a fall and underwent surgery. He later suffered a setback in his recovery when a blood clot got loose.

I’m going to lose the one person on this planet I’ve spent more of my life with than anyone else. My heart is broken and I’m so very f**king sad. I love Scott with all my heart but now I have to prepare my life without him in the present.

I’ve been blessed to have a friend that took me at face value and I him. When we jumped to WCW we didn’t care who liked or hated us. We had each other and with the smooth Barry Bloom we changed wrestling both in content and pay for those……a lot that disliked us.

We were the ‘Outsiders’ but we had each other. Scott always felt he wasn’t worthy of the afterlife. Well God please have some gold plated toothpicks for my brother.

My life was enriched with his take on life. He wasn’t perfect but as he always said ‘The last perfect person to walk the planet they nailed to a cross’.

As we prepare for life without him just remember there goes a great guy you ain’t going to see another one like him again.

See Ya down the road Scott. I couldn’t love a human being any more than I do you.”

In 1992, he was signed to a World Wrestling Federation contract, where he became ‘Razor Ramon’, a character based on Al Pacino’s role as Tony Montana in the movie “Scarface”.

Hall eventually ended up becoming one of the most famous & influential superstars in professional wrestling history, most famously revolutionizing the business when he co-founded the nWo in 1996, after leaving the WWF in order to return to WCW for big money.

In 2014, Razor Ramon was inducted into the WWE Hall of Fame by Kevin Nash.

Then in 2021, Scott was actually inducted a second time as part of the WWE Hall Of Fame Class Of 2020, this time as a member of the New World Order.

Below are Scott Hall’s major accomplishments in pro-wrestling:

– Founding member of the nWo