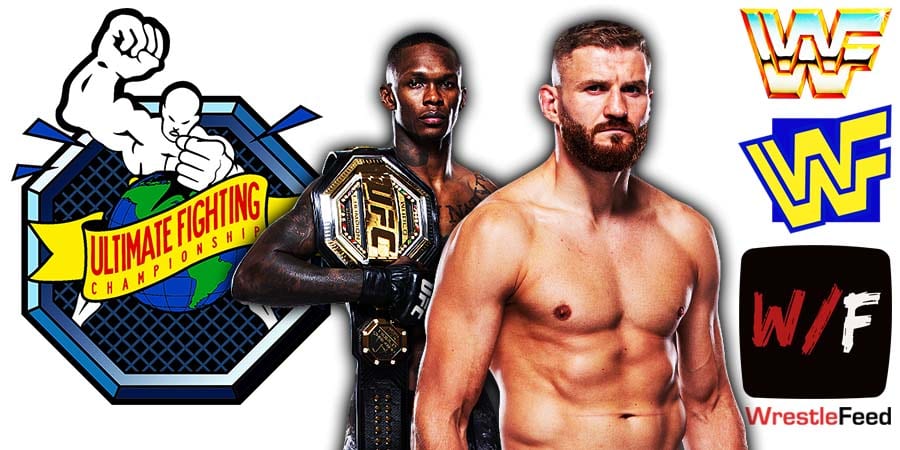 This was Adesanya’s first loss in UFC. His MMA record is 20-1 now.

HERE'S TO THE UNDERDOGS 🏆 #UFC259 pic.twitter.com/5pvtTOpVXx

🏆 @Stylebender understood the risk when moving up. #UFC259 pic.twitter.com/Y05sLcNKo2

Below are the results from the main card of UFC 259:

You can watch the illegal knee strike in the UFC Bantamweight Championship fight below:

You can watch Amanda Nunes’ submission victory below:

This episode was broadcasted from the Harbor Yard Arena in Bridgeport, Connecticut and featured matches, interviews & storyline segments on the road to the ‘WWE WrestleMania XIX’ PPV.

4. The Undertaker vs. A-Train