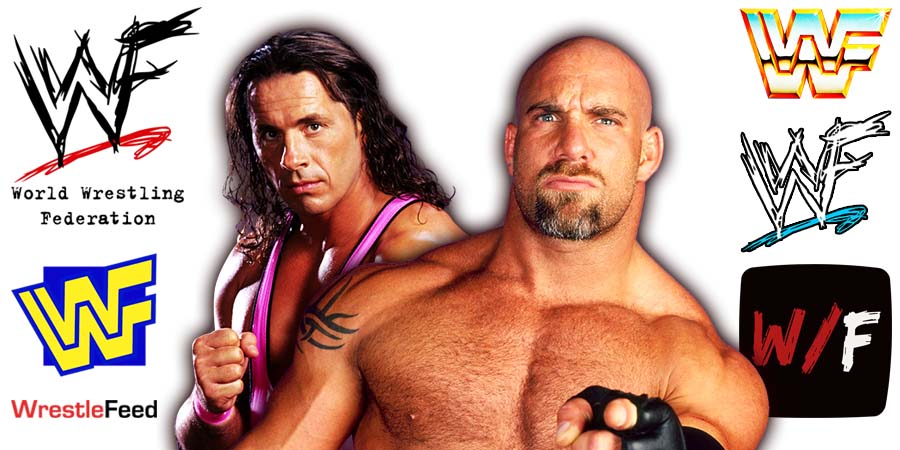 During a recent K&S WrestleFest signing, 2-time WWE Hall Of Famer Bret Hart was asked to name some of his dream opponents.

“Kurt Angle would have been one of my primary guys. He always wanted to work with me and I wish I could’ve worked with him.

I would have loved to work with Brock Lesnar just because I always heard he was a good pro in the ring. The opposite of Goldberg.

A guy I really wish I could have worked with would have been Rey Mysterio. Rey was really as special or unique as Andre The Giant was, in a different way.

There is only one great masked wrestler in the history of wrestling, that was really great, and that’s Rey Mysterio. Rey has always been one of the best.

When I think of great wrestlers, I always overlook Rey but he’s one of the greatest of all time. I’ve always respected him and wish I could have worked with him.”

Also Read: “I am done saying I’m sorry” – Goldberg On Bret Hart Not Accepting His Apology

– The Legion of Doom vs. Brian Costello & James Saxton