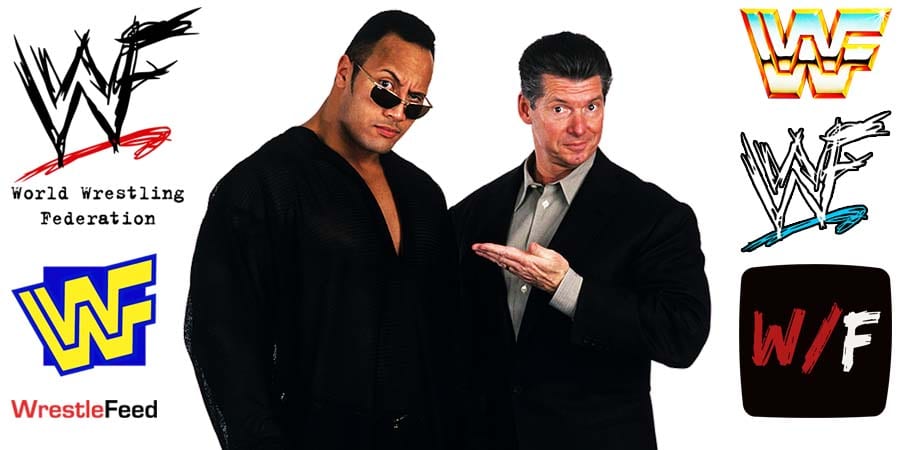 During an interview with BNN Bloomberg, Old School WWF Legend & Hollywood Actor The Rock / Dwayne Johnson talked about WWE and the possibility of taking up an Executive role in the company one day.

On the possibility of WWE being sold:

“I’ve known Vince (McMahon) for a very, very long time and he’s a businessman. I think the key if there were a sale of the WWE is to make sure that whoever acquires that brand in that property, you’ve got to love the wrestling business.

Of course, you can love the asset, and you can love everything that comes with it, but you got to love the professional wrestling business… because if not, then you could kind of see the writing on the wall; 4 or 5 years down the road, what will happen?”

On the possibility of him taking an Executive role in WWE one day:

“(WWE co-CEO) Nick (Khan) and I have talked about that, and we always enjoy that over a bottle of Teremana. I love the wrestling business. I grew up in it. My grandfather and my dad started here in Canada, where [his father] was born.

Also Read: The Rock Says He Is The Head Of The Table, Not Roman Reigns

On this day in 2003, we lost Old School WWF Tag Team Legend “Road Warrior” Hawk (Real name: Michael Hegstrand) at the age of 46 due to a heart attack.

Hawk spent most of his professional wrestling career teaming with his long-term Tag Team partner & close personal friend “Road Warrior” Animal as ‘The Road Warriors’ (AWA / NWA) aka The Legion of Doom (WWF).

The L.O.D. wrestled for the World Wrestling Federation from 1990 to 1992 and from 1997 till 1998, but had their last match for the company (now renamed WWE) on the May 12, 2003 episode of Monday Night RAW, where they wrestled the WWE World Tag Team Champions Kane & Rob Van Dam in a losing effort.