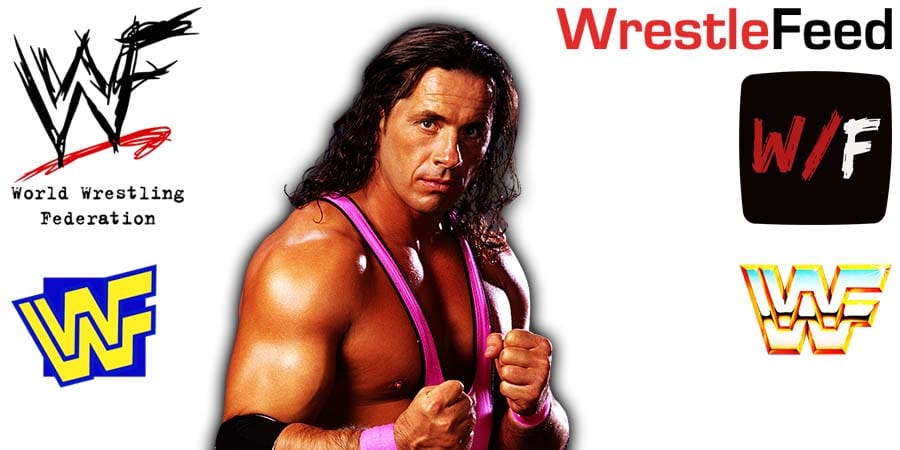 During a Q&A session on the Instagram stories of Canada’s Walk of Fame page, 2-time WWE Hall Of Famer Bret Hart was asked which wrestlers he wishes he could’ve faced.

“I really do wish I could have worked with so many guys. Kurt Angle stands out, CM Punk stands out. One match with Edge would have been a beautiful thing, same thing with Rey Mysterio.

I watch Rey and so wished I could have worked with him at least once.

Lex Luger would have been a great experience, too.

I can go on, and on, but if I had to name just one wrestler from today, it’d be Daniel Bryan.”

@RealKurtAngle @CMPunk @EdgeRatedR @reymysterio @bryandanielson These would be my choices as well, would’ve loved to have had the opportunity to watch Bret wrestle you guys. pic.twitter.com/nOGYRdt6wZ

“From sitting in the audience of The Dini Petty Show in 92 to this. One of the best professional compliments I could receive. Also that match? Man, it woulda been special.”

Also Check Out: Video Of A Young Edge Asking Bret Hart A Question On A 1992 Talk Show