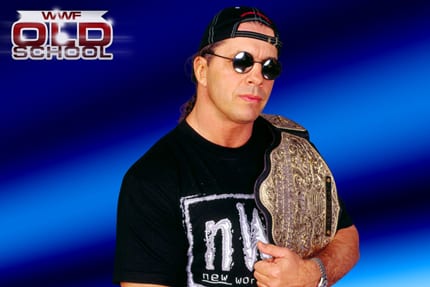 Below are a few highlights:

On Daniel Bryan Not Being In The Main Event At WrestleMania 31:

“All I can say is when I wrestled Lex Luger in the Royal Rumble back in 1994 and I ended up getting the title a few months later, it was very similar to what is going on with Roman Reigns and Daniel Bryan now but they went against what the fans wanted and I think that it may bite them on the ass because my logical thinking is you give the fans what they want or you should anyway. I don’t know why they went against the grain, I think Daniel Bryan was a great champion and had his run was cut short and I think fans wanted to see him get that moment that he deserves. Even though he won the title and WrestleMania last year was such a big thing for him, the fans want to see him get his proper chance and I think the WWE put a line through that and I think that’s probably a mistake.”

“I think Roman Reigns is ready and he is really good, I think he is a really great talent and has a lot of potential. I can see why they want to push him but I really think the hearts and minds of the wrestling fans are with Daniel Bryan. His work rate in the ring and what he gives through the match just means so much more to the wrestling fans than anything else.

I think they made a big mistake in giving [Kevin Nash] a push too early, they should have waited and let him build himself up for another year and I think if they had given Kevin just a little more time to get more experience and get prepared for that role, if that next year he had gotten that big push that they gave him, he may have stayed champion but they sometimes push things they want now and it wasn’t going to happen then, he was still learning a lot.”

“Well I know we were a lot closer than Hogan was. I’m not quite sure why Hulk Hogan of all people is inducting him because my last conversations I had with Randy, he didn’t have much good to say about Hogan.”

It is a night to remember Randy for all the great contributions he made. He was undoubtedly one of the greatest wrestlers of all time, he was a great champion in the dressing room, he was a Wayne Gretzky, Mark Messier, a real team guy and always had a lot of respect and love with all of the wrestlers. We will always miss the Macho Man.”