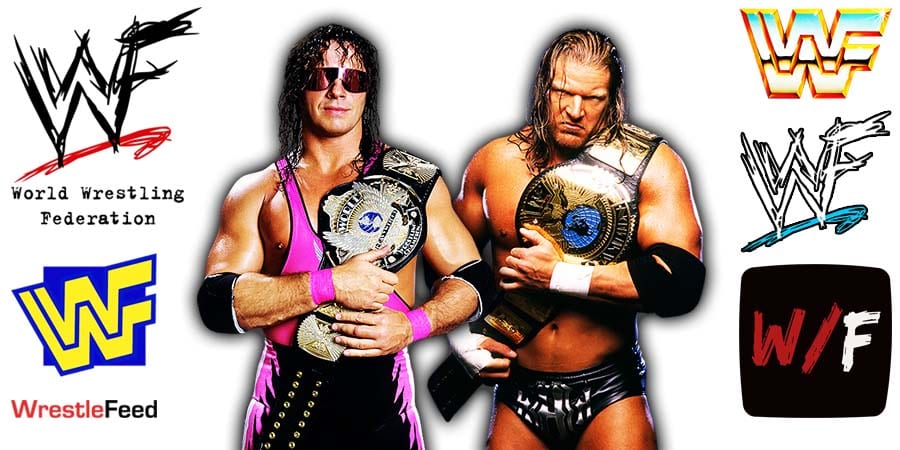 As we noted before, two-time WWE Hall of Famer Bret Hart ripped fellow Hall of Famer Triple H during his appearance on The 81 Podcast.

The Hitman called The Game overrated and said that fans only remember Triple H these days because of his father-in-law, Vince McMahon (tap here to read more).

Bret then went on to say that Triple H hated The Rock back in the 90s and wanted to ruin his career.

“Triple H and maybe even Shawn, were pretty ruthless. If someone was tied to me or connected to me, they would try to ruin them.

Even Dwayne Johnson. They really tried to crack him and bust his chops. I remember telling Dwayne all the time, ‘Don’t listen to these guys. You’re a really good talent and you don’t need these guys.’

I remember Triple H was sick about it because he had a thing for Dwayne and wanted to ruin him. He hated him.”

It was broadcasted from the Bradley Center in Milwaukee, Wisconsin and featured matches, interviews & segments, on the road to the ‘WWF Insurrextion 2001’ PPV.

4. The APA vs. Crash & Hardcore Holly