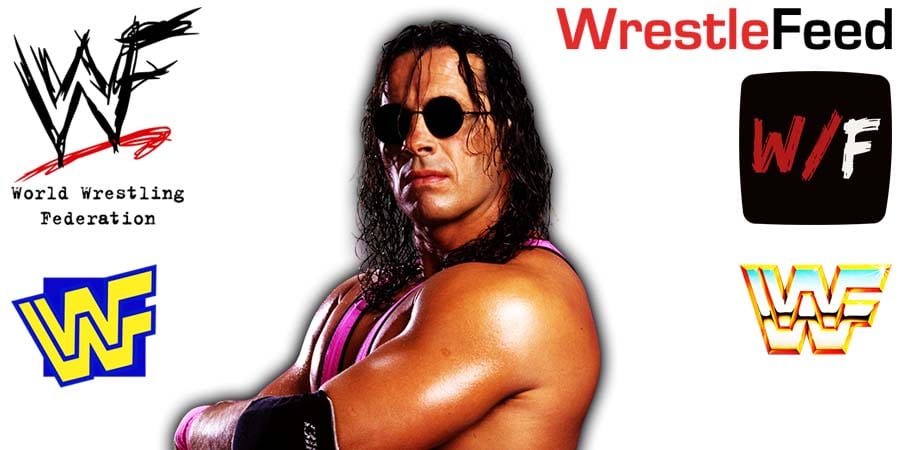 The Hitman explained how he feels like Triple H stabbed Ken Shamrock in the back by mistreating him.

Here’s what Bret had to say about Shamrock:

“To be honest, I think Triple H didn’t like him. Mostly, maybe, because he was connected to me.

But Triple H, I remember, didn’t like him. And I remember Triple H was working with him a lot. He was always criticizing him and talking about him.

I think that was one of the guys that stabbed him in the back a lot.”

Ken Shamrock left the World Wrestling Federation in the fall of 1999 and has not returned to the company (now known as WWE) ever since.

Bret also noted that Shamrock called him the day after the Montreal Screwjob to show his support for him:

“I’m glad that he did have some good wrestling years. I know he wrestled with my brother Owen and stuff like that.

I’ve only seen Ken a handful of times in all the years since the Screwjob, but he was…remember after the Screwjob happened, he called me the next day. He goes, ‘I just want you to remember, I’ll always be one of your guys.’ He always was one of my guys.

If I needed someone to cover my back, or watch me or help me out. Shamrock was one of the guys that would have been there for me.”

On this day in 1985, the World Wrestling Federation aired another episode of their weekly TV show ‘WWF Maple Leaf Wrestling’.

This episode featured pre-taped matches & interviews on the road to the “WWF The Wrestling Classic” PPV.