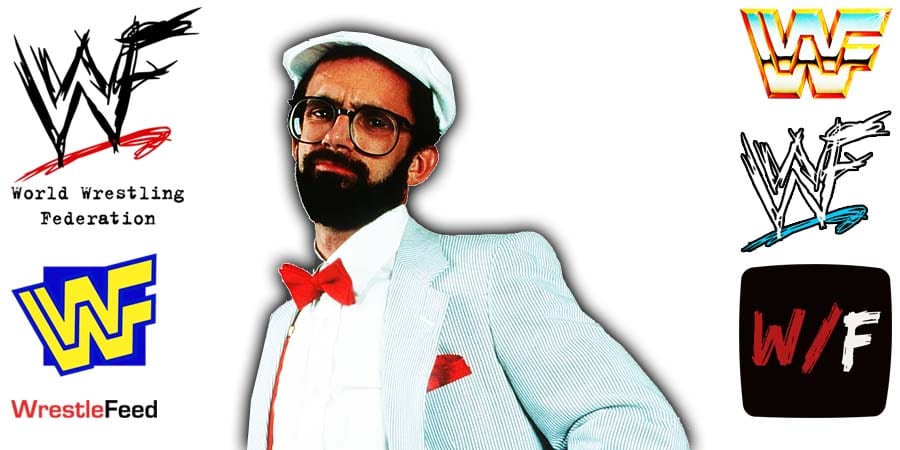 6. The Giant vs. Dick Slater

Old School WWF Manager Harvey Wippleman (Real name: Bruno Lauer) announced that he will run for ‘Board of Aldermen’ in Walls, Mississippi, where he grew up as a kid.

Wippleman is looking to win a seat on the board in the June 2021 elections.

He worked as a manager for the World wrestling Federation from 1991 till 1995 and then became a referee and a road agent for the company.

Harvey is also well known to be a close personal friend of Old School WWF Legend Dwayne ‘The Rock’ Johnson, who recently gave him a car as a gift (tap here to check it out).