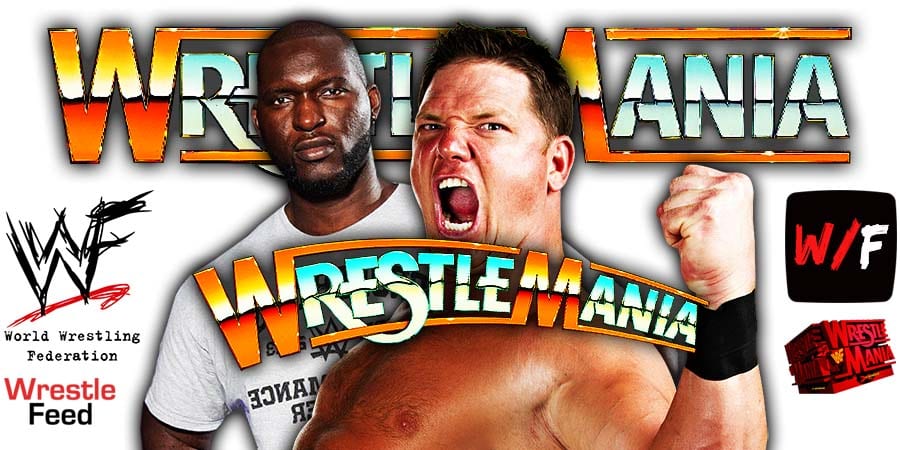 This was Omos’ official in-ring debut match on the WWE main roster.

Styles & Omos haven’t appeared on any episode of RAW after their Title win at WrestleMania 37 and WWE gave no update on them during their shows.

WWE has finally released an update on the RAW Tag Team Champions. They’re set to appear on WWE’s The Bump on Wednesday morning at 10 AM EST.

TOMORROW at 10am ET on #WWETheBump, we'll be joined by #WWERaw Tag Team Champions @AJStylesOrg & @TheGiantOmos!

Styles & Omos will most likely reveal where they have been since WrestleMania 37.

Other WWE stars that will appear on this week’s episode of The Bump are Charlotte Flair, Franky Monet, Natalya & Tamina.

– The Bushwhackers vs. Kato/Barry Hardy

– The British Bulldog vs. Kevin Kruger

– The Undertaker vs. The Berzerker

– Chris Walker vs. The Brooklyn Brawler