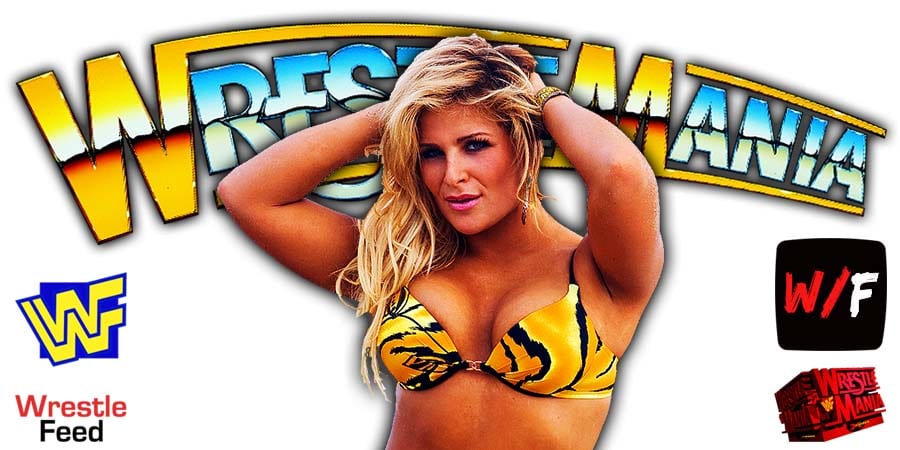 During a recent appearance on Out of Character with Ryan Satin, SmackDown wrestler Natalya talked about retired WWE wrestler Tyson Kidd (TJ Wilson, her real-life husband) and his contributions backstage in WWE.

Tyson works as a producer in WWE now and Natalya revealed that he produced every single women’s match at WrestleMania 37 earlier this month.

Natalya said that Tyson is a part of the success of women in WWE, but he doesn’t ask for any credit or brags in public.

“TJ is one of the most valuable assets in WWE, and I can say that with complete conviction. What’s so crazy is that everything leading up in TJ’s life, up until his forced retirement, it was all for what he’s doing right now in WWE. Because he’s never made more of an impact than he has at this very moment in the company.

There’s nothing in his career that has been as special as producing every single Women’s match at WrestleMania. They were all produced by TJ. 18 women were produced by TJ, which is a huge percentage of the show. TJ wanted the challenge. He took on the challenge.

He took on all those matches and he’s become such a huge resource for the women of WWE. He spent 20-30 plus hours training and practicing and preparing with any woman in the company, and men as well, but women that wanted to pick his brain to tap into the knowledge.

What we saw at WrestleMania this year was unbelievable. The most women’s matches in WrestleMania history. A historical main event with Bianca Belair and Sasha Banks. And, of course, one of my favorite matches of my entire career with myself and Tamina Snuka vs. Nia Jax and Shayna Baszler. And that was all such a big part, partly from TJ.

He just made so much happen. He had a vision for everyone. A lot of people behind the scenes don’t get credit, but on TJ’s days off, he trains people to be better at what they do in the ring and he’s not asking for money, he’s not getting a thank you for it, he’s not asking for public posts, he’s just doing it cause he loves the business.”

Tyson’s in-ring career came to an end on June 1, 2015, after he suffered a spinal cord injury after taking Samoa Joe’s Muscle Buster move during a dark match before RAW.

Tyson ended up being very lucky, as only 5% of the people that suffer this injury end up surviving, and most people that do survive end up quadriplegic.