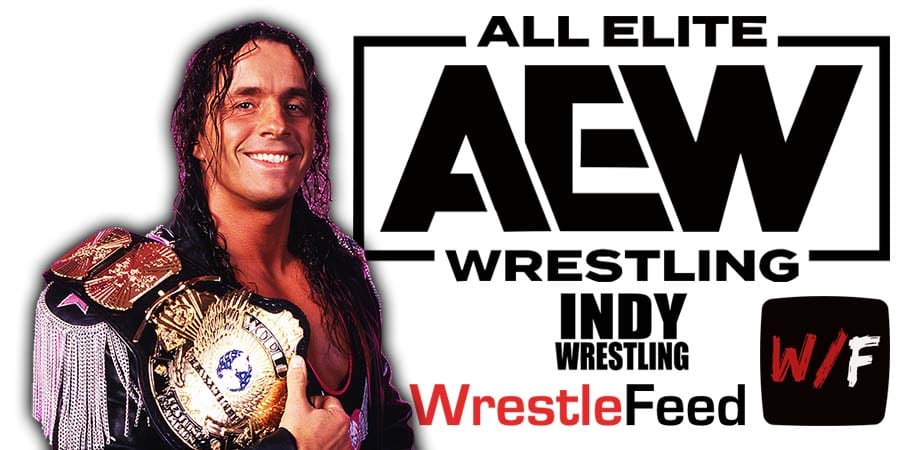 • Bret Hart Will Manage AEW Stars At An Upcoming Event

Their wish is finally coming true, even if it’s for just one night.

FTR’s opponents are being managed by WWE Hall Of Famer Arn Anderson.

FTR will FINALLY get their chance to be managed by Bret Hart when they take on the team of Brian Pillman Jr & Brock Anderson with Arn Anderson!

It happens on Friday June 10th in Webster, Ma!

During a virtual signing for Signed By Superstars in March, Bret was asked if he’ll join All Elite Wrestling.

Bret noted in an interview a few months back that he has no interest in having a full-time Manager role in Pro-Wrestling.

It was broadcasted from the County Coliseum in Odessa, Texas and featured pre-taped matches, promos & storyline segments on the road to the ‘WWF SummerSlam 1989’ PPV.

– The Blue Blazer vs. Danny Davis

– The Barbarian vs. Omar Atlas