AEW Wrestler Brian Cage took to his Twitter account to post a short clip from his training session, which showed him doing the Double Jump Moonsault. This is one of the signature moves of WWE wrestler Lacey Evans.

A fan replied to him and asked him why he stole Lacey Evans’ move.

Why you jacking @LaceyEvansWWE moves, though?

Cage replied to him and said that he’s been doing it even before Evans knew WWE was once known as WWF.

“Was doing it before she knew WWF was WWE now.”

The tweet has been deleted, but you can check out the screenshot below. 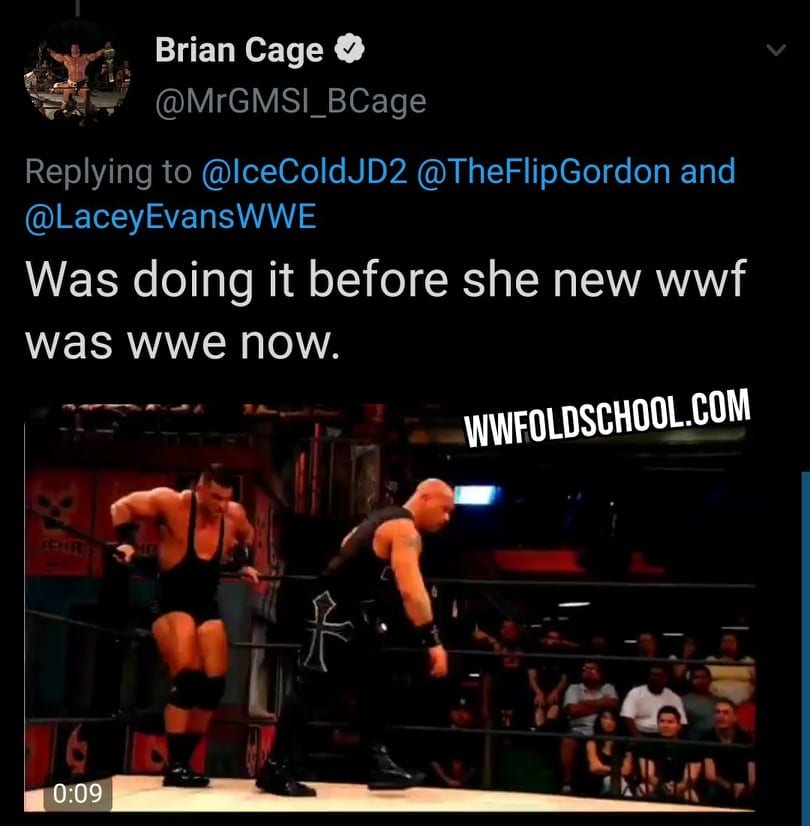 The Sassy Southern Belle responded to Cage by saying that she doesn’t know who he is, and she’s been doing it better than him.

Cage then replied by saying that he did the move before she started using it, and that she didn’t know WWE was WWF back then.

There you go sweetheart @LaceyEvansWWE I wasn't going to edit and even almost paid you a compliment. Until I read the rest of your tweet. And my stance remains the same. Still did it years before you(your 4 years in the biz) and I'm also sure you didn't KNOW it was WWE then? pic.twitter.com/yVqOeafcVR

Evans then told him to get out of her mentions.

Almost doesn't count. Compliment me…. or get out of my mentions ya nasty. #WWE #BlessHisHeart #NothingButANasty https://t.co/4cnGVnT6Va