As we noted before, WWE Officials were impressed with new NXT wrestler Dylan Mile. It is said that Triple H is very high on “the wrestler with big hands” and wants his progress to be closely tracked.

NXT Champion Kevin Owens has also praised Mile on twitter in the past and Mike has got another huge supporter for him and his name is Brock Lesnar!

Yes, you read it correctly. Brock Lesnar first saw him working NXT events at WrestleMania 31 Axxess & was reportedly blown away by Mile. Recently, Brock Lesnar quietly flew to Orlando to train with him at the WWE Performance Center.

In the photo below, Dylan Mile is standing on the right most side (to the left of Finn Balor). 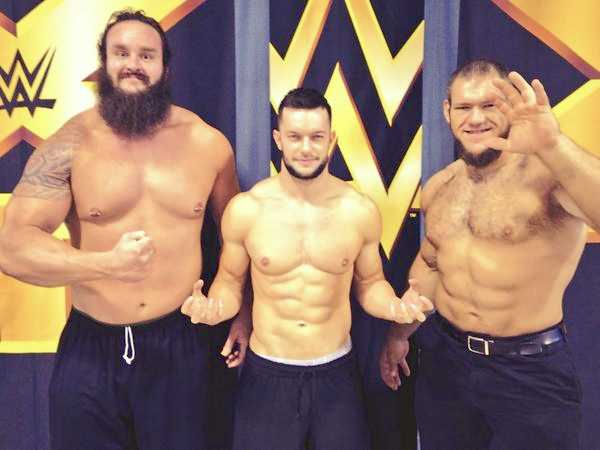