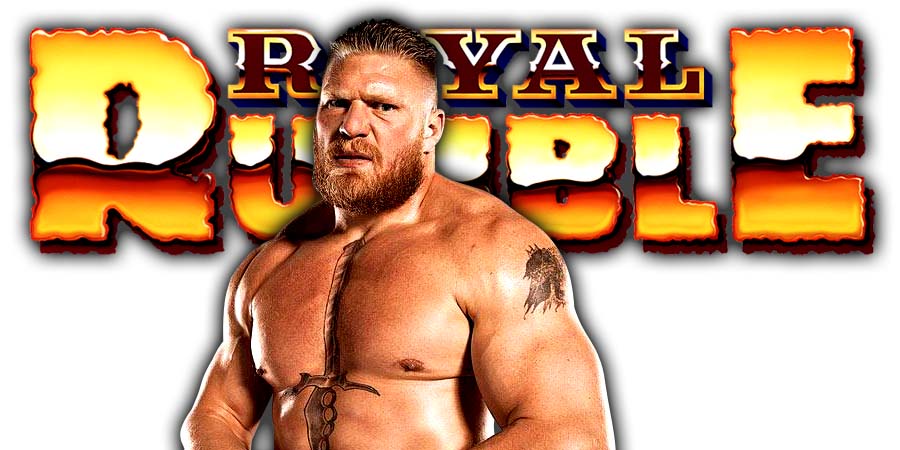 • Will Chris Benoit Be Discussed On The “Something Else To Wrestle With” Podcast On The WWE Network?

During a recent interview with AL.com, Conrad Thompson, Bruce Prichard’s co-host on “Something Else to Wrestle With” podcast that is being aired on the WWE Network, talked about WWE reaching out to them about working together & who has the creative control, if discussions about Chris Benoit, Chyna, Hulk Hogan are off limits and if it means a WWE TV return for Prichard.

On how the collaboration with WWE is going to work and who has the creative control:

“We’re going to try to do essentially what we do with the live show, just on video. Filmed in our home offices. First and only non-WWE produced show in that there’s not going to be anybody in the room with us. Cameras set up in our offices. No staffer. We’re going to pick the topics, and we’ve got creative control. Going to try to have some visual aids,” Conrad said. “At live shows, we do the old heads on sticks routine that Pardon the Interruption made famous. That was a hit for our live shows, so we’ll incorporate it. Hopeful they’ll splice in the stuff we’re talking about and let us talk about what you’re seeing on screen. That would make it the ultimate version of ‘Something to Wrestle.'”

On if discussions about Chris Benoit, Chyna, Hulk Hogan are off limits:

“No, nothing’s off limits. That being said, let me say this. We’ve had three things that we’ve said from the very beginning, we’re not talking about that. We’re not going to talk about Chris Benoit’s murder-suicide, the ring boy scandal or Owen Hart’s death. Can we talk about Chris Benoit’s matches? Yes. Am I going to say ‘Hulk Hogan’ and tell everybody how much I loved him as a kid? Absolutely. Are we going to address the rumor and innuendo about Macho Man?

You’re damn right we are. Is Chyna off limits? Nope, I’m going to bring her up early and often. A lot of those things that people think we’re going to shy away from, we’re not going to. That’s part of the fabric of the podcast and what made it successful, and they know that.”

On if it means a WWE TV return for Prichard:

“I don’t know that everybody is on board with this idea. I’m sure there are people within the company who don’t like the idea that we’re talking about the company the way we are, that we’ve been able to make a living off the company independent of WWE, or that Bruce is involved. But this is sort of a different thing where Bruce doesn’t have to be there and we don’t have to participate in some of the politics.

I think if Bruce was ever in a position to be offered a full-time on the road deal that meant he couldn’t do the podcast, I feel strong that he would pass. If it was they’d like him to come to TV and PPVs and consult, I’m sure he’d be up for that. But a full-time on the road thing doesn’t work for him with his family situation, and it would probably pay less than what the podcast does, so he’s not going to do anything that’s going to take the podcast away.”

According to Dave Meltzer of the Wrestling Observer, there are no plans as of now for a match between Brock Lesnar & Bobby Lashley.

Meltzer talked about how WWE can take out two losses out of Lesnar if he’s on his way out of the company, one being for the title (which will be Roman Reigns) and one to build another star, but Meltzer said that WWE official don’t think Lesnar should put a 40 year old on his way out (which would be Lashley).

With that being said, Lesnar’s second loss might come at the hands of “The Monster Among Men” Braun Strowman.