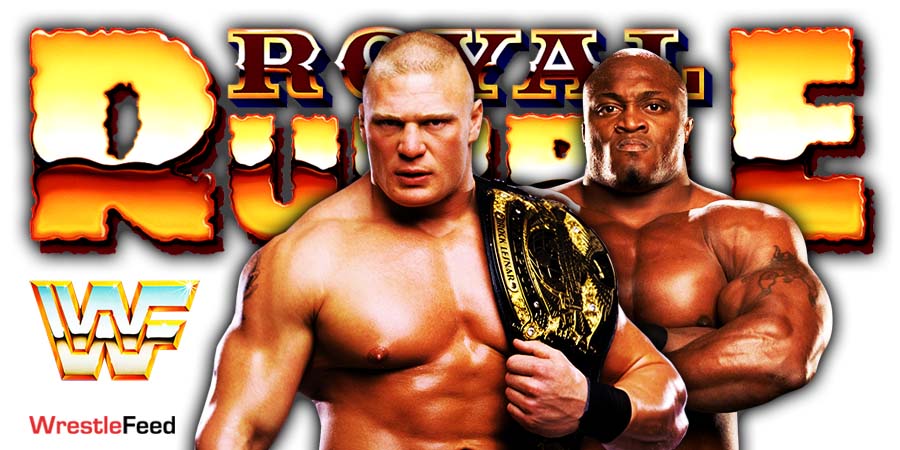 WWE Champion Brock Lesnar kicked off tonight’s RAW. Before Bobby Lashley came out, he told Shelton Benjamin & Cedric Alexander in a backstage segment that the Hurt Business is done, and that he works alone.

Lashley then came out and met Lesnar in the ring. Lashley told Lesnar that it’s an honor to be in the ring with him, but claimed Brock has been ducking and running from him for 20 years.

Lesnar said he didn’t have a clue who Lashley was until they met at the Day 1 PPV.

Brock said for 20 years he has been winning championships in this ring and other rings (referring to the UFC), and that it’s not his fault that Lashley didn’t climb the ladder of success with him.

Lesnar then said that if they had faced each other before, he would have already beaten him and they wouldn’t be here tonight.

Brock then told a knock-knock joke:

Lesnar then ended the segment by saying the following:

Lesnar left after this, and Lashley got attacked by Cedric & Shelton, but The All Mighty managed to take out his former Hurt Business partners.

This episode was pre-taped at the Madison Square Garden in New York City, New York and featured matches, interviews & storyline segments on the road to the ‘WWF Royal Rumble 2002’ PPV.