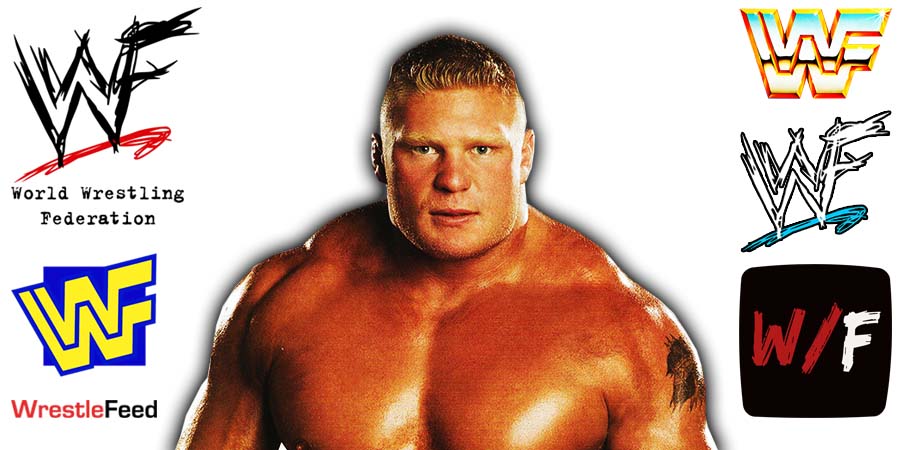 With this loss, Lesnar’s latest run with WWE (which began at SummerSlam 2021) has ended and he’s currently on a hiatus.

Lesnar was recently spotted at a Arizona Coyotes hockey game. Below is the photo:

Thanks for spending your night with us, @BrockLesnar!@WWE | #Yotes pic.twitter.com/lmpd4kkOQm

Brock became friends with The Bearded Butchers last year and he recently sent them a photo to show them what he’s been up to.

Below is what The Bearded Butchers tweeted:

“We just received a call from Brock Lesnar and he was excited to share what he was up to today. (Butchering a beef) We approve 100%!!! 🔥🔥

We just received a call from Brock Lesnar and he was excited to share what he was up to today. (Butchering a beef) We approve 100%!!! 🔥🔥

Lesnar also did the following introduction for The Pat McAfee Show:

The next WWE event that Brock Lesnar is currently advertised for is SummerSlam 2022.

It should be noted that he was also originally advertised for WrestleMania Backlash and Money In The Bank, but WWE is no longer advertising him for those events.

On this day in Pro Wrestling history on April 30, 2000, the World Wrestling Federation aired their annual ‘WWF Backlash’ event LIVE on PPV from the MCI Center in Washington, D.C.!

After not being able to win the WWF World Heavyweight Championship from Triple H at WrestleMania 2000, The Rock got another chance in the main event of this pay-per-view, this time in a one-on-one match, with Shane McMahon as the special guest referee.

Below results from that night were:

T & A defeated The Dudley Boyz