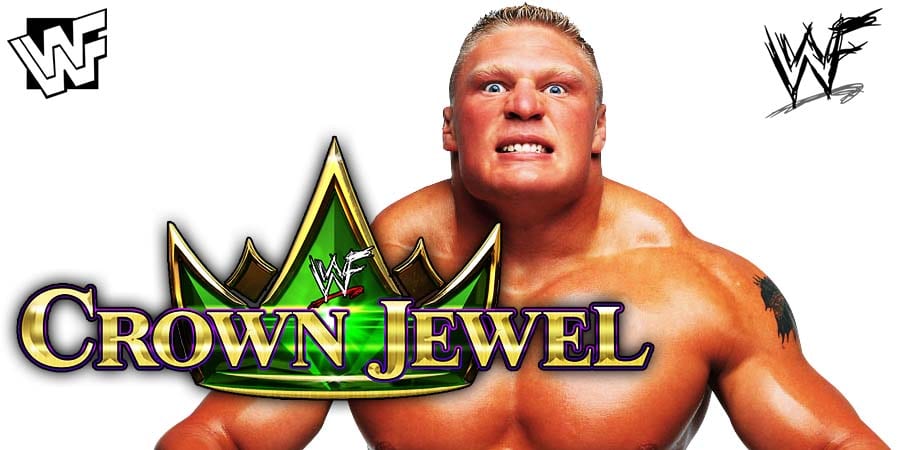 According to the Wrestling Observer, WWE officials were planning on doing Brock Lesnar vs. Tyson Fury at Crown Jewel 2019, but went ahead with Cain Velasquez once the deal with Cain was made (as Brock & Cain have a history):

“According to those internally, Lesnar vs. Fury was discussed but never got past early discussions, likely due to Velasquez having the storyline from the past and being the bigger star in the U.S. market.”

Speaking of Fury, he was interviewed after his match with Braun Strowman and was asked about his future in WWE.

Below is what Fury said:

“It was absolutely fantastic. A great experience. I was really happy to be here in Saudi Arabia on a massive show and Braun definitely is The Monster Among Men.

I can’t believe he got back up and slammed me to the floor and you know it was, it was a bit of a cheap shot after the bell. But what can we do? It’s WWE.

I’ve got a big fella called Deontay Wilder to see to February 22nd and then we’ll see where we go from there.”