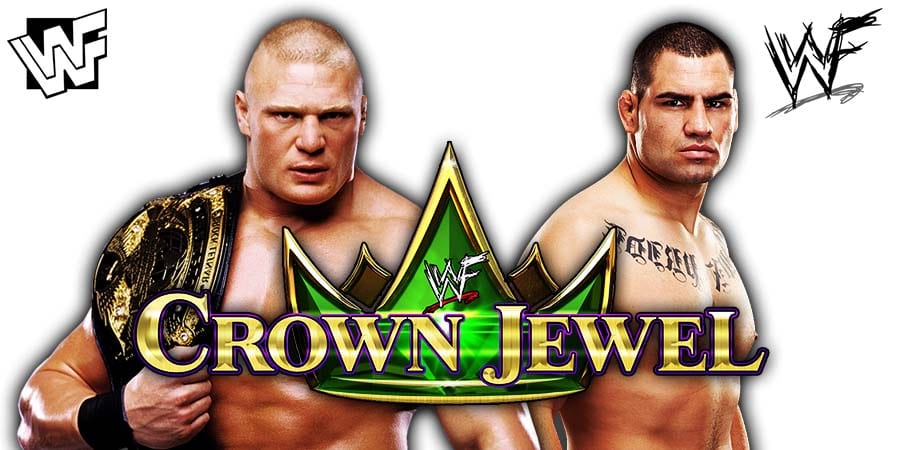 It was broadcasted from the Target Center in Minneapolis, Minnesota and featured matches, interviews & storyline segments on the road to the ‘WCW Mayhem 1999’ PPV.

• Reason Behind Brock Lesnar vs. Cain Velasquez Being Very Short

According to the Wrestling Observer, the match was kept short because Cain’s knee is in bad shape and he’s set to undergo surgery soon:

“Velasquez’s knee was worse than expected. The idea was always for a short match, with the Paul Heyman style Goldberg match lay out of big moves, but with Velasquez’s knee in such bad shape, they changed it to a match where nothing much happened.”

Velasquez is still expected to compete at a WWE Live Event later this month, where he’ll team up with Rey Mysterio to face the team of Drew McIntyre & Andrade.

Also Read: 7 Matches That Could Happen At Survivor Series 2019