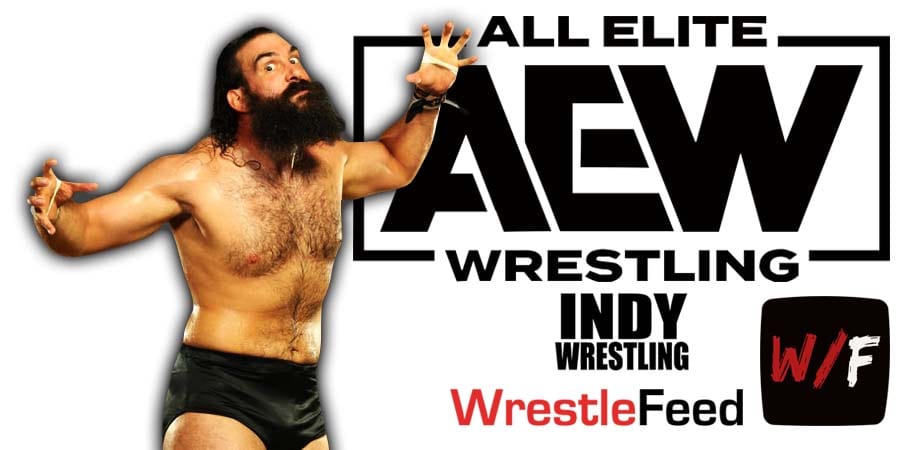 • Brodie Lee Couldn’t Work Out Properly Due To Lung Issues, Was Hospitalized In Late October

Brodie Lee lost the AEW TNT Championship to Cody Rhodes in a Dog Collar match on the October 7th edition of Dynamite, after which he was written off TV to sell the effects of the match.

On Wrestling Observer Radio, Dave Meltzer provided some details on what happened to Lee during the break.

He said that during his break, Lee was working out on his Peloton (Indoor Exercise Bike) and got very tired, so much that he couldn’t finish his workout. Shortly after this, the condition affecting his lungs worsened, and he was hospitalized at the Mayo Clinic in Jacksonville, Florida, at the end of October.

AEW was aware of what was going on as Lee’s wife had informed them about it, but the family didn’t want it out publicly.

Unfortunately, Lee passed away this past Saturday night.

Also Read: Brodie Lee Was Reportedly In The ICU 2 Months Ago

On this day in Pro Wrestling history on December 28, 1990, the World Wrestling Federation held a televised house show in the world’s most famous arena, Madison Square Garden in New York City, New York.

Storyline wise, this was the road to the ‘WWF Royal Rumble 1991’ PPV.