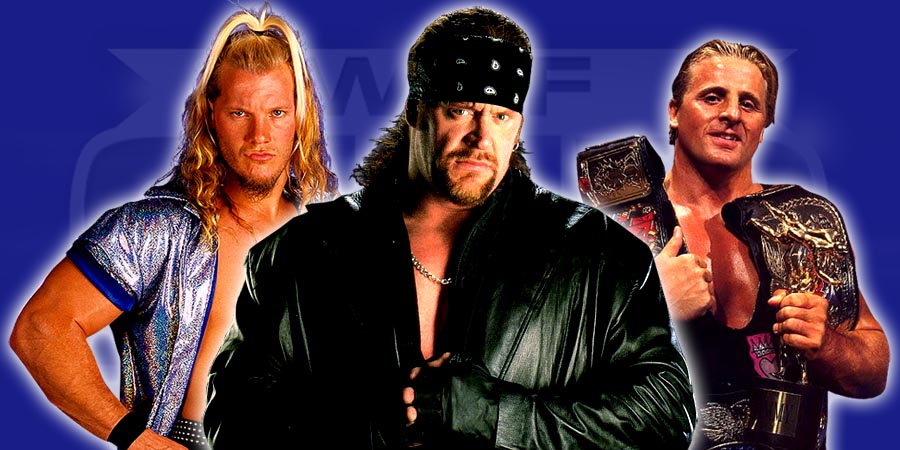 This is a brand new feature here on WWFOldSchool.com. In this feature, we’ll take a look back at the plans that were originally scheduled to happen, but got cancelled due to various reasons.

Let us start with our 1st episode of this feature:

8. Cesaro Winning Money In The Bank & Cashing In At SummerSlam 2014

After Cesaro won the Andre the Giant Memorial Battle Royal at WrestleMania 30, he became a “Paul Heyman Guy” the next night on WWE Monday Night Raw.

So at that time, there were two Paul Heyman Guys on the WWE roster: Brock Lesnar & Cesaro. Both of them were red hot with the crowd. Lesnar was on a major push after he defeated The Undertaker at WrestleMania 30 and ended the streak. There were plans for Cesaro to win Money in the Bank contract and for Brock Lesnar to win the WWE World Heavyweight Championship from John Cena at SummerSlam 2014.

Plans were for Cesaro to turn on Heyman and cash-in on Lesnar at SummerSlam 2014 (moments after Lesnar’s WWE Title victory) to become the WWE World Heavyweight Champion, but WWE decided to remove Cesaro from the position of a “Paul Heyman Guy” before the PPV and the plan was cancelled.