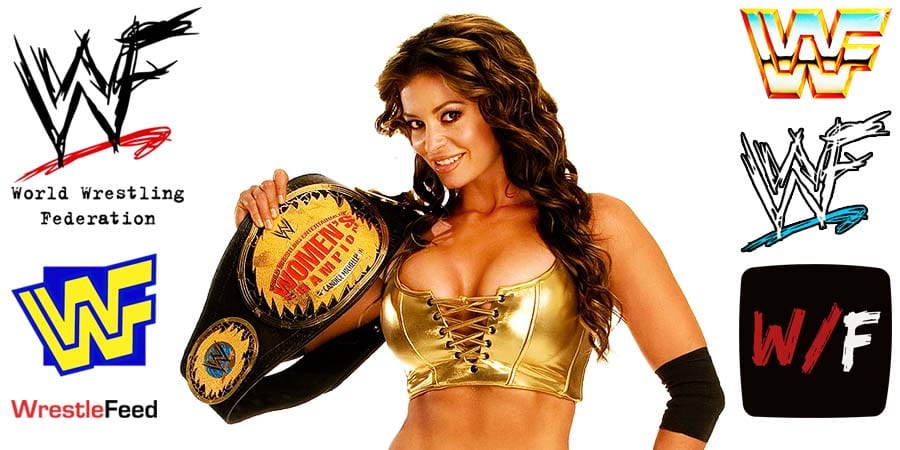 Former WWE Women’s Champion Candice Michelle recently spoke on the WrestlingInc Daily podcast, where she revealed that she almost had a legit fight with Melina back in the day.

“When things start firing off on Twitter, things can get bad. That’s actually how my match with Melina happened. Legit. We hated each other. We were legit gonna go into a real fight at a house show.

Twitter had just started, we said something to each other and then we had a match. It makes for great TV. Any time there’s any heat or drama, Vince is incredible at taking that kind of stuff and running with it.

She just hate the fact that she came up with the indie scene and to wrestling school, she busted her butt that way. And to her, I was this pretty girl from Hollywood who just got lucky and got a deal. For her to wrestle against me was almost a disgrace for her. And she made that very clear.

Most matches I had with her I actually learned a lot. We also did an indie show together and I gave this motivational speech and told Melina, ‘I respect you because you pushed me to be better.’ She taught me how to work the crowd. As a newbie not going to wrestling world, I want to perform for the crowd. I want to be great. When you can dance, its really frustrating.”

She then recalled her encounters with Victoria and Beth Phoenix.

On this day in Pro Wrestling history on January 19, 1997, the World Wrestling Federation aired their annual ‘Royal Rumble’ event LIVE on PPV from the Alamodome in San Antonio, Texas.

This was the first Royal Rumble match out of three (97,98 & 01) that was won by “Stone Cold” Steve Austin, but he won this one in a very controversial way as he was originally eliminated, but the referees did not see it.