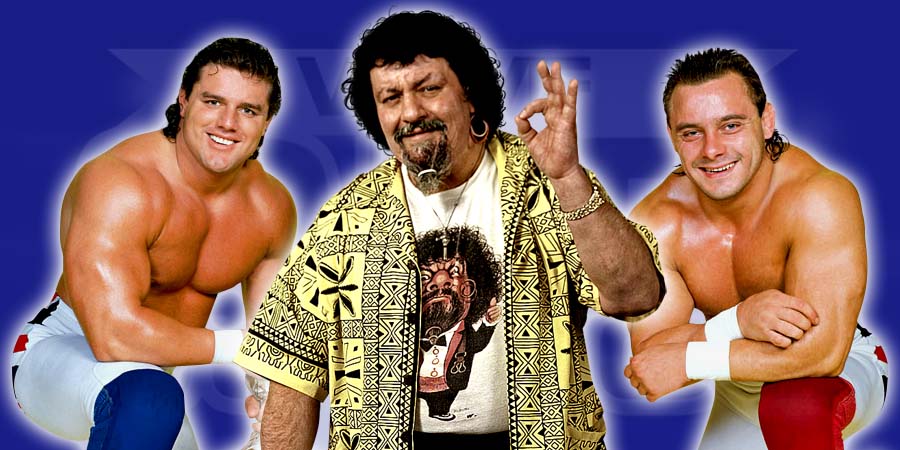 Captain Lou Albano is called “The Manager of Champions” for a reason, as no Manager in WWF History managed more Tag Team Champions than him.

We have now listed the greatest Tag Teams he has ever managed:

Captain Lou Albano joined the Headshrinkers in 1994 as their second manager, in addition to their regular manager Afa, and set up a Title Match vs. The Quebecers for them, in which they ended up capturing the WWF World Tag Team Championship.

Managed by Captain Lou in 1981-1982, the team of Mr. Fuji & Mr. Saito won the WWF World Tag Championship in October 1981, when they defeated the team of Tony Garea & Rick Martel.