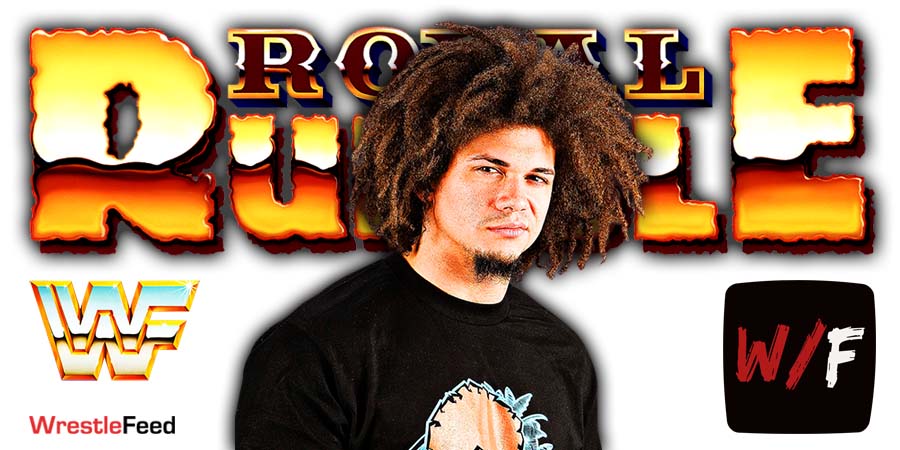 • Carlito Comments On Returning To WWE After 10 Years

Former Intercontinental Champion Carlito was released from WWE in May 2010 after failing a WWE Wellness Policy test and then refusing to go to rehab due to a pain killer addiction.

He returned to action in WWE during the Men’s Royal Rumble 2021 match, and was eliminated by Elias a few minutes later.

During a backstage interview after his Royal Rumble appearance, Carlito was asked how he feels to finally return to WWE.

“Man, it’s crazy. After more than 10 years of being away, I wasn’t expecting, you know…but on the receiving end, for them to remember me, it’s pretty humbling to receive that kind of response after all these years.

It was great. I’ll be honest, it’s not the same as having a live audience out there, but you know, it’s WWE, man. Being in that ring is like nothing else in the world, really.

As we noted earlier, PWInsider reported that Carlito will be backstage on this week’s RAW to get a tryout as a Producer in WWE.

3) Back with Orndorff on set