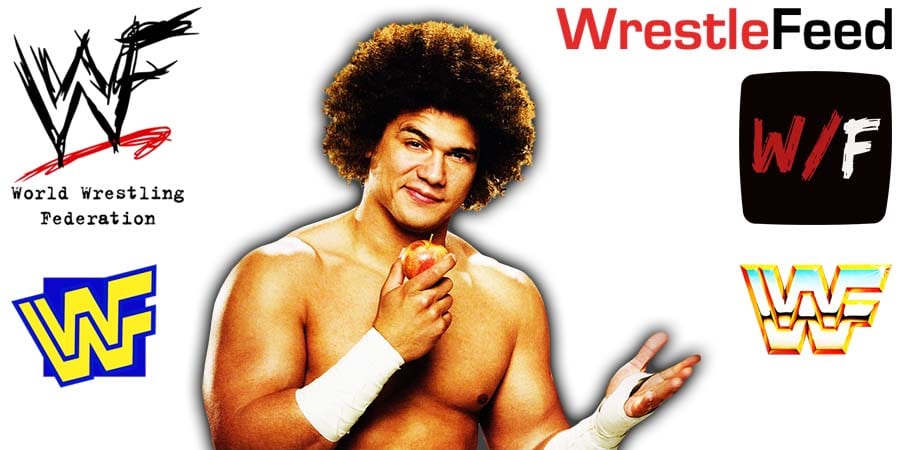 • Carlito On Which RAW Superstars Pushed For His WWE Return

On an episode of the Wrestling Inc podcast, former WWE wrestler Carlito revealed which current WWE wrestler pushed for his return, which was falsely advertised for the RAW Legends Night on January 4th this year, but eventually happened later in the same month, when he became a surprise entrant in the 2021 Men’s Royal Rumble match.

Here’s what the former WWE United States Champion had to say:

“I was originally supposed to go for Legends Night, then it got cancelled, and then it turned out they had a better idea, ‘Why use you on Legends Night when we can bring you out for the Rumble?’

To me, it made more sense. I preferred that. It was a great idea.

A couple of the boys have been talking backstage like MVP, Shelton, Bobby, The Hurt Business guys have always been throwing my name around in the back, so I think they’re the ones that got the ball rolling, and then Carano ended up calling me and asked if I want to be in The Rumble.

It was a good two days. Hadn’t been in a WWE ring in over 10 years, but it was weird, man.

A lot of stuff was new, but at the same time, a lot of stuff is the same, and the first 20 minutes, I felt something new, and then after that, it’s kind of like back in the day, which is surprising because so many years have gone by, you think it wouldn’t feel so familiar, but for some reason it did because a lot of the backstage people are still there, which is crazy because they were there before me too.

So it was good to see a lot of them.

There were a lot of familiar faces that I didn’t expect to see. Of course, the culture, the backstage area just the way the business is run in the back, it was different, but like I said, a lot of different things, but at the same time a lot of stuff is very, very much the same.

I don’t think Vince was at the Rumble or at RAW the next night, I got to see a couple guys, Triple H and Bruce Prichard, Carrano and Johnny Ace and a couple guys. I didn’t get a chance to talk to the big man.”