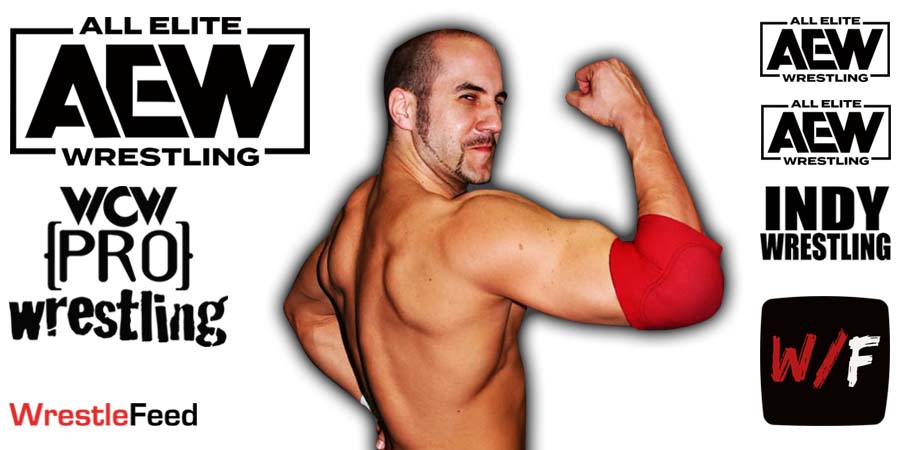 • Cesaro Comments On Signing With AEW

He went on to defeat Zack Sabre Jr. in his 1st match in AEW.

During the post-Forbidden Door media scrum, Cesaro had the following to say about signing with Tony Khan’s promotion:

“Sometimes, the stars align for a perfect moment. That’s what happened. I hope Bryan is alright, I know Bryan will be back. It’s just a perfect fit.

I just talked to Mox, we’ve been going back for 10-12 years, we’ve known each other for a long time. We used to ride together and work out together, we still do and still talk. It just fits.

At the end of the day, I’m always looking for new challenges. Here in AEW, I’m like a kid in a candy store.

I was so excited to share the ring with Zack Sabre Jr. I wrestled him last time in 2009. There are so many guys that I’ve known for years like Orange Cassidy, we’re not talking about the one that yells and screams all the time like a little kid.

Who is my dream opponent? I don’t care. Who do you want to see me wrestle? Here in AEW, all that stuff can happen.

The last time I wrestled Kenny Omega was like 2008. We’ve grown a lot since then. That’s worth a mention. I could name literally everyone I ran into in the locker room and backstage.

I can give you a shortlist of who I don’t want to step in the ring with and that is nobody. I don’t know if you can tell, I’m very happy. It fits.

This is my first night here and I feel like I’ve been here for years. It’s awesome.”

Magnum T. A. vs. Vernon Deaton

The Warlord vs. Alan Martin