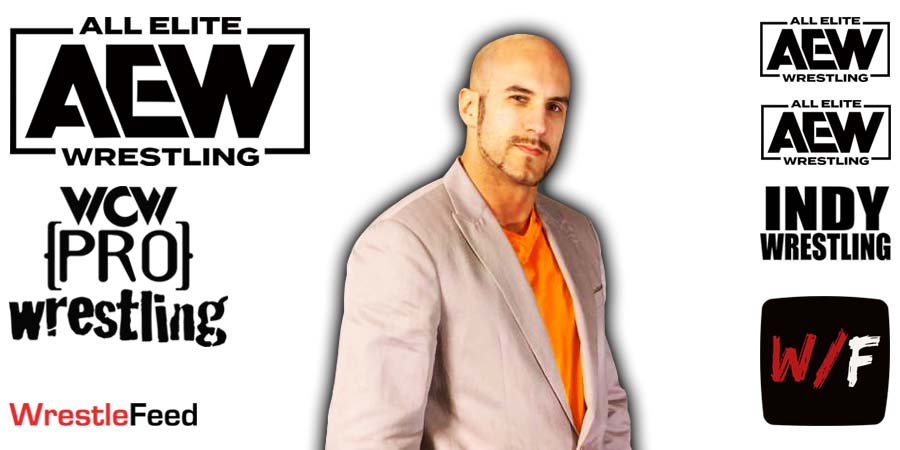 Prior to Cesaro being booked as Bryan’s replacement, the original plan for his comeback to wrestling was for him to appear at ROH Death Before Dishonor next month.

Below is what AEW President Tony Khan said during the post-Forbidden Door media scrum:

“I asked him about coming in before I knew for sure that Bryan was out, though I had a pretty good idea that Punk would be out. I could tell there would be a lot of changes.

We already had a lot of injured people, I had no idea we would have even more on the run-up to the show. It was the day after the Forum, so June 2, I called and had interest, there was definitely mutual interest.

At that point, I felt there was a good chance. I wasn’t sure if it would be here or another thing or Death Before Dishonor, July 23, on pay-per-view in Lowell, Massachusetts. Ring of Honor’s return event.

As long as Bryan is okay, that’s the most important thing. It was a great moment to have at Forbidden Door. I talked to Bryan on the phone last weekend and he told me that he wasn’t feeling 100%.

As soon as he said that, we’re 8 days from the pay-per-view, ‘if you’re not feeling 100%, don’t even think about wrestling on the pay-per-view or Blood & Guts’ because he had been feeling well.

I talked to him in St. Louis and he was feeling great and he was so optimistic and was that fired up Bryan Danielson. He wanted to go. I didn’t want to take another chance as soon as he said (he wasn’t feeling 100%).

He mentioned Claudio and I said, ‘that’s funny, I have Claudio under contract.’ I hadn’t told anybody. It worked out before for all of us.”