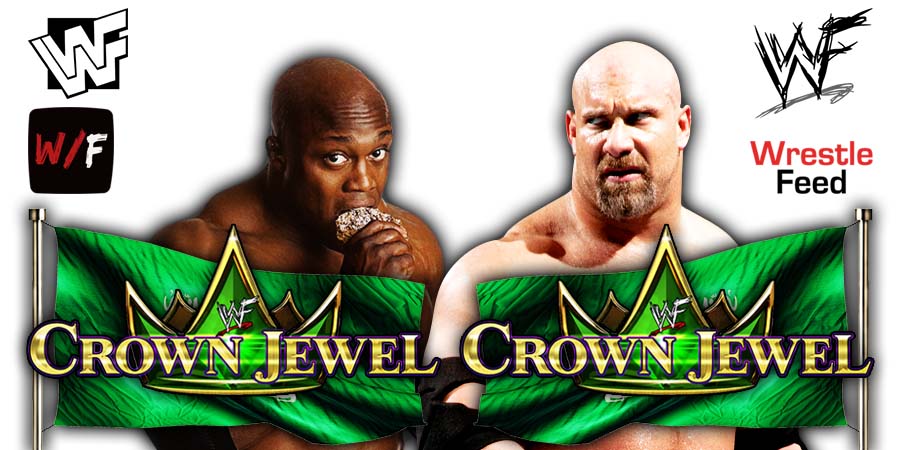 • Changes Made To Brock Lesnar & Goldberg’s Matches At Crown Jewel

WWE just announced that Roman Reigns vs. Brock Lesnar for the Universal Championship in the main event of Crown Jewel 2021 will now be a No DQ match.

UPDATE: Paul Heyman appeared on the Crown Jewel Kickoff Show and said Brock & Roman have no interest in the No DQ stipulation, so the match is back to being a normal match.

Roman tweeted the following about his match:

“I will defeat the Beast and Suplex City will be relegated to the outskirts of the Island of Relevancy never to be heard from again.”

Also, Goldberg vs. Bobby Lashley will also be a Falls Count Anywhere Match, along with being a No Holds Barred match.

– No DQ Match For The Universal Championship: Roman Reigns (c) vs. Brock Lesnar

The Native American from the Red Lake Indian Reservation originally wrestled for his home promotion PWA Pro Wrestling America between 1989 and 1996, except for 1993 where Charlie Norris left and joined Ted Turner’s World Championship Wrestling promotion for a couple of months.

During his time in WCW, he didn’t have any memorable feuds, nor achieved any notable success.