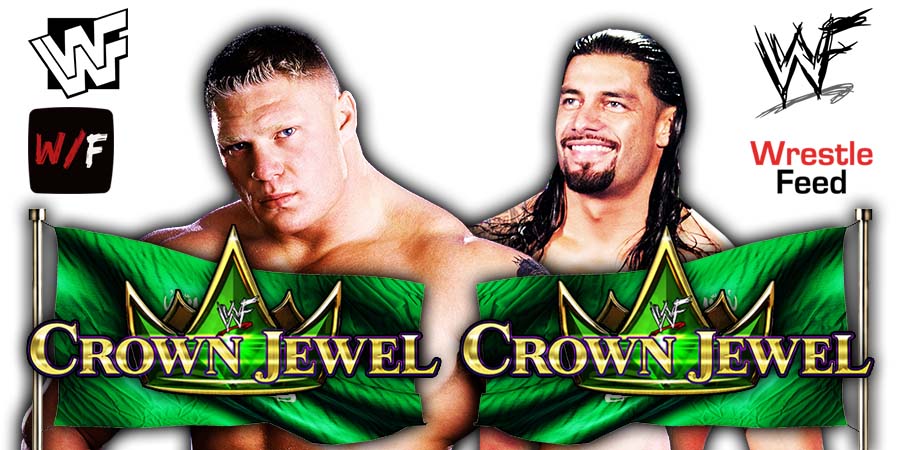 WWE Crown Jewel 2021 pay-per-view in Saudi Arabia is a few hours away, and it has the most stacked match-card of the year.

Brock Lesnar will return to in-ring action after 564 days, when he faces “The Tribal Chief” Roman Reigns for the Universal Championship in the main event.

4 Titles will be on the line tonight (Universal Title, WWE Title, SmackDown Women’s Title and RAW Tag Team Titles) and we can exclusively report that no title changes are planned for today’s PPV.

We were the first to report yesterday that The Undertaker is in Saudi Arabia for the Riyadh Season, but there’s no information available as of this writing regarding his status for Crown Jewel.

Undertaker was last seen on WWE programming at the Survivor Series 2020 PPV, where he had his Final Farewell.

Also Read: Will Charlotte Flair Get Added To The SmackDown Women’s Title Match At Crown Jewel 2021?

It was broadcasted from the Mississippi Coast Coliseum in Biloxi, Mississippi and featured matches & storyline segments on the road to the ‘WCW Halloween Havoc 1997’ PPV.