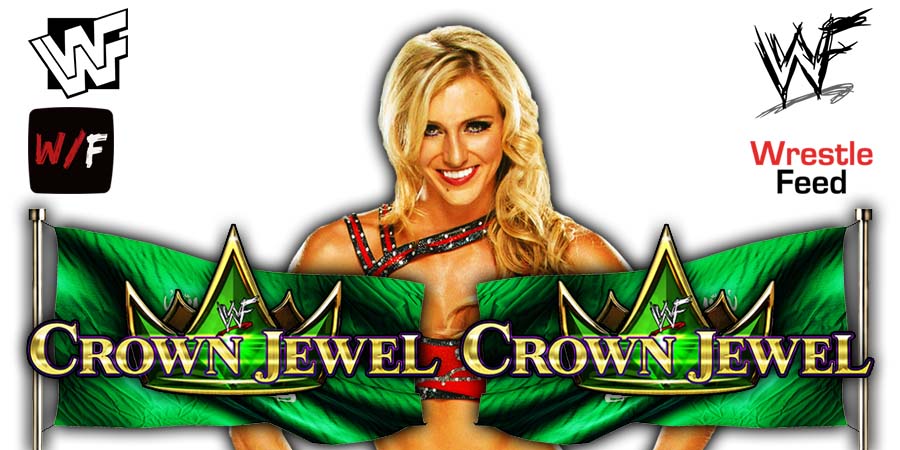 • Will Charlotte Flair Get Added To The SmackDown Women’s Title Match At Crown Jewel 2021?

On the other hand, RAW Women’s Champion Charlotte Flair isn’t booked for any match on the show.

According to Fightful Select, there were some rumors that Charlotte might get added to the SmackDown Women’s Title match (since she got involved in their feud in the past couple of weeks), but that’s the case, as Charlotte didn’t travel to Saudi Arabia:

“Based on those we’ve spoken to, she has not been listed internally for the show, and was not seen by several we asked who traveled to Saudi Arabia.”

Below is the list of 10 matches that will take place at WWE Crown Jewel 2021:

Also Check Out: The Undertaker Is In Saudi Arabia Ahead Of Crown Jewel (Video)

This episode was broadcasted from the Casey Plaza in Wilkes-Barre, Pennsylvania and featured matches, interviews & storyline segments on the road to the ‘WWE Survivor Series 2003’ PPV.