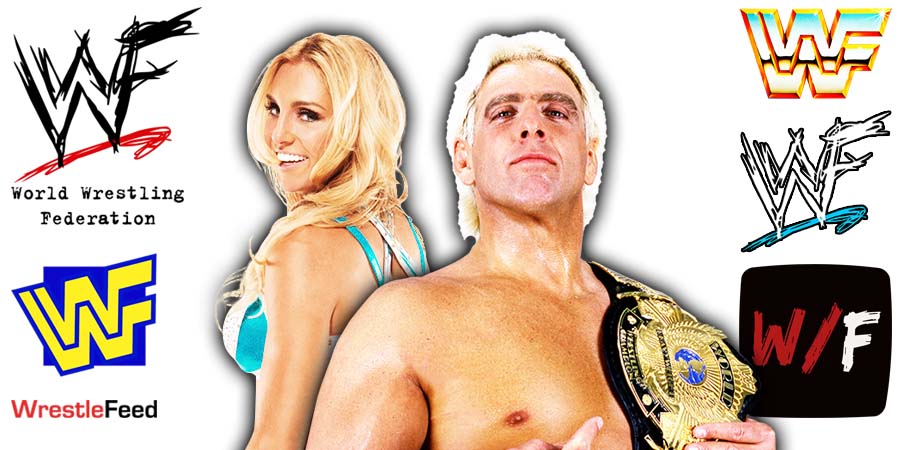 During an interview with ESPN, former WWE Women’s Champion Charlotte Flair talked about her father Ric Flair and his last match, which takes place tonight.

On how hard her father is training for his last match:

“He was pushing so hard for me. I didn’t know whether to cry or be happy.

That was very much a ‘Rocky’ moment, seeing my dad like that, pushing so hard. To do what he was doing and to know the wind that it takes and the conditioning and him going at it, I was just like blown away. It was mind over matter.”

On talking Ric out of doing a dive from the top rope to the outside floor:

“A lot of our men and women in all companies miss those all the time. I was like, ‘No, not needed, not necessary. Wasn’t necessary in your prime, isn’t necessary now. So, no.’”

Also Read: Ric Flair Gets Emotional After The Rock’s Message To Him At His Roast

The Big Boss Man vs. Chaz