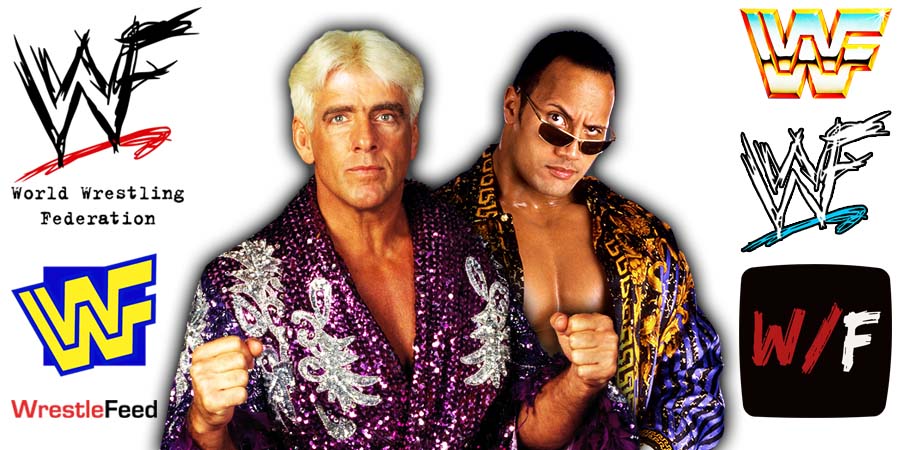 This is a big weekend for Ric Flair. He will have his last match on Sunday night.

But before that, there was “The Roast of Ric Flair”.

At this event, WWF Legend The Rock sent a video message, which made The Nature Boy emotional.

Rock talked about how Flair treated him with respect even when he was very young and eventually he had the honor of sharing the ring with him. Flair was visibly emotional while this video was playing.

@TheRock showed up on the #RoastOfRicFlair… Wow! Moving. Thank you Rock. Thank you Ric! #starrcast pic.twitter.com/TpMJWIpgxW

Below are a couple of more videos from The Roast:

Brad Nessler is the Roast Master of The Roast of Ric Flair tonight. 😂 pic.twitter.com/p1cGApHF08

Many thanks to former World Heavyweight Champion & one of the greatest performers of today, @HEELZiggler, for the message to @RicFlairNatrBoy during the #FlairRoast at #STARRCASTV!

It was broadcasted from the First Union Center in Philadelphia, Pennsylvania and featured matches, interviews & segments, on the road to the ‘WWF SummerSlam 2001’ PPV.

7. Tables Match: The Undertaker & Kane vs. The Dudley Boyz