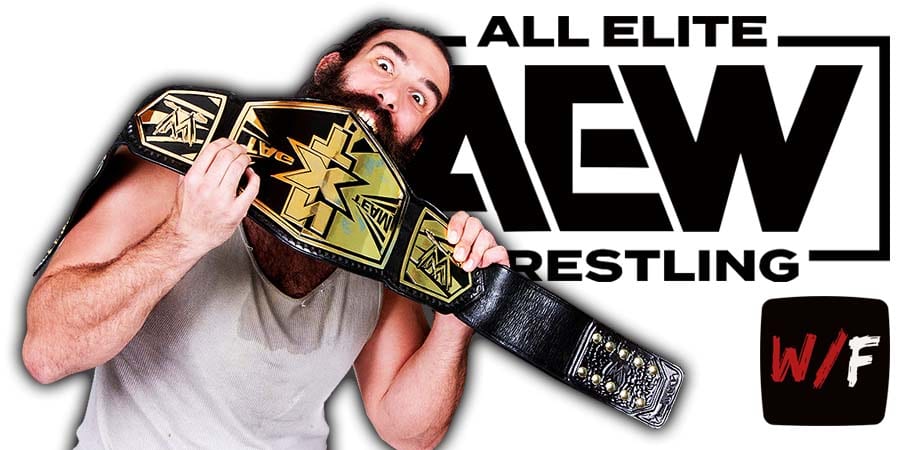 After the show, Kalisto tweeted the following:

“Prayed and talked to John (Brodie lee) before my match.. thank you for showing me your home @AEW and giving me the strength and energy I need it today 🙏🏼 forever your in my heart Hermano…”

Kalisto got heat for this tweet, because he didn’t wrote Jon Huber’s name correctly.

“You spelled his name wrong.”

Amanda Huber, widow of Jon Huber, then tweeted the following:

“I feel like it’s reasonable to expect a level of respect of spelling someone’s name right if you want to name drop them.”

A fan then tweeted the following:

“1) Brodie/ Brody was a stage name. Not his real name.

2) Miro spoke to me almost daily when Jon was sick.

3) Miro cried with me after he passed.

4) Miro continuously checked on me & my kids.”

Many fans thought that the heat on Kalisto was uncalled for, but it looks like the situation here is that Kalisto didn’t know Brodie good enough to tweet about him now.