3 Title matches have been announced so far for tonight’s episode:

– Miro (c) vs. Fuego Del Sol for the TNT Championship (If Fuego wins, he will get an AEW Contract)

AEW Commentator Jim Ross has made some botches in the past, like ‘WWE Dynamite’, or calling Kenny Omega ‘WWE Champion’.

Now Chris Jericho has made a similar botch while promoting tonight’s show, as he posted the hashtag #WWERampage on Social Media.

Jericho later corrected it, but you can check out a screenshot of the original post below: 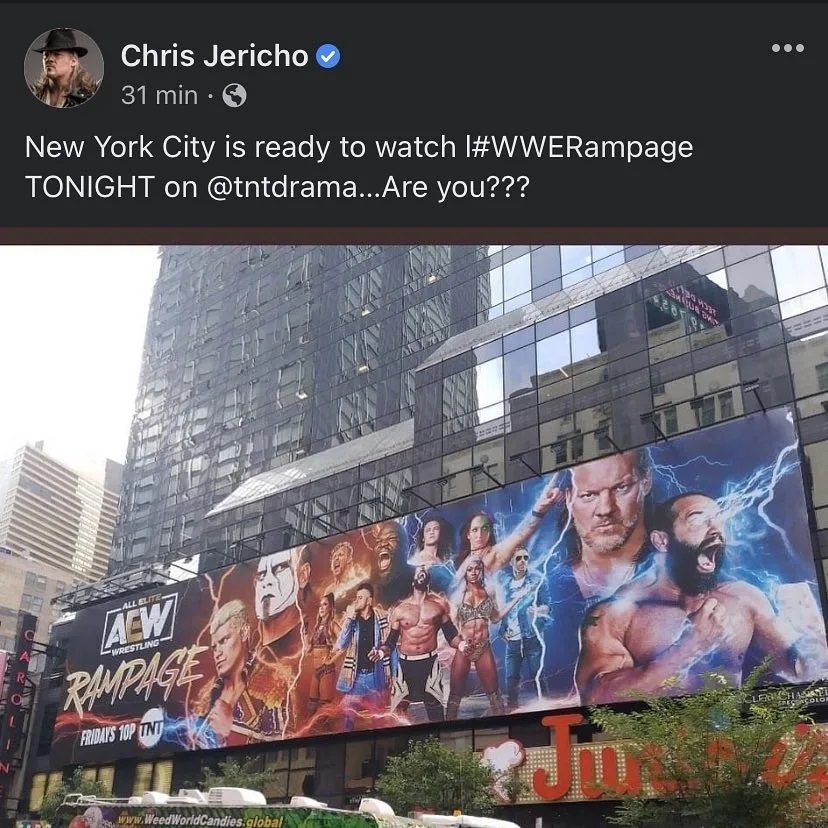 This episode was broadcasted from the Madison Square Garden in New York City, New York and featured matches, interviews & storyline segments on the road to the ‘WWE SummerSlam 2007’ PPV.

1. Mr. Kennedy vs. The Sandman