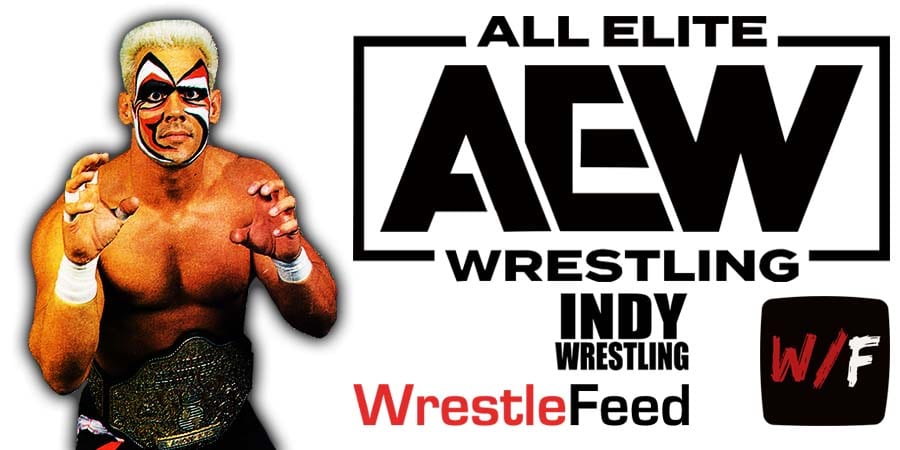 • Chris Jericho Teases A Match With Sting In AEW

WWE Hall of Famer Sting, whose legends contract with WWE expired earlier this year, made a shocking return to the pro-wrestling scene when he appeared on last week’s episode of AEW Dynamite “Winter Is Coming”.

With The Icon’s debut in AEW, the speculation for a lot of matches he can be involved in has begun.

One of the biggest matches the company could do is between Sting and former AEW World Champion Chris Jericho.

A fan made a custom poster for a possible Sting vs. Chris Jericho match, which Le Champion shared on his Instagram account, and wrote:

6. The Barbarian & Meng vs. High Voltage