This special “RAW Family Reunion” episode was broadcasted from the Colonial Center in Columbia, South Carolina and featured matches & storyline segments on the road to the ‘WWE Cyber Sunday 2006’ PPV.

– John Cena vs The Undertaker

Chris Jericho is scheduled to defend the AEW World Championship against Cody Rhodes at AEW Full Gear PPV next month, but he’ll have to successfully defend his Title next week first.

On tonight’s episode of AEW Dynamite on TNT, Darby Allin defeated Jimmy Havoc to earn an AEW World Title match on next week’s episode of Dynamite.

Speaking of Jericho, he revealed on tonight’s show that his stable (consisting of him, Jake Hager, Sammy Guevara, Ortiz & Santana) is going to be called the “Inner Circle”. 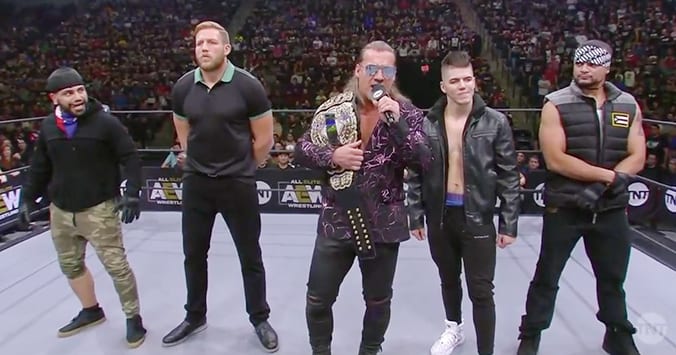 Below are the complete results from tonight’s episode of AEW Dynamite on TNT:

– Private Party def. The Young Bucks to advance to the next round of the AEW World Tag Team Championship tournament