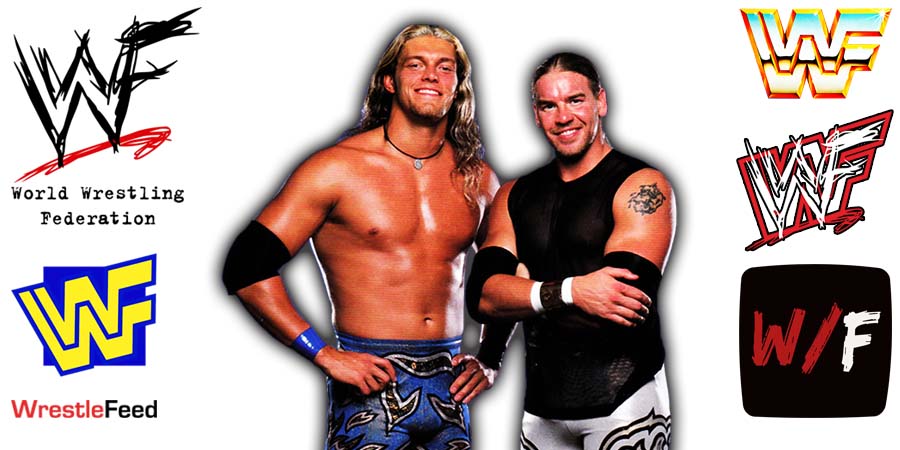 On a recent episode of his weekly ‘Grilling JR’ podcast, WWE Hall Of Famer Jim Ross talked about Edge always being the star of the ‘Edge & Christian’ Tag Team back in the day.

Edge & Christian teamed up as a (very successful) regular Tag Team from their early Brood days in late 1998 until the team broke up in 2001.

“I always thought Edge was going to be a breakout star because he connected with the audience. [Christian] was always the clear number two on that team. I was glad they both got their opportunity to grow on their own, but I always thought that Edge had a little bit of a leg up in that scenario.

That does not mean by any stretch of the imagination that Christian wasn’t a great hand. The match that he had with Kenny Omega in AEW was outstanding. He still is a hell of a worker, he’s always been a hell of a worker, but he just didn’t quite have that connectable charisma that Edge had.

It’s not a knock on Christian whatsoever, just [Edge] had a specialness about him and I’m happy he’s back in the game at a schedule he can manage and take care of his health.”