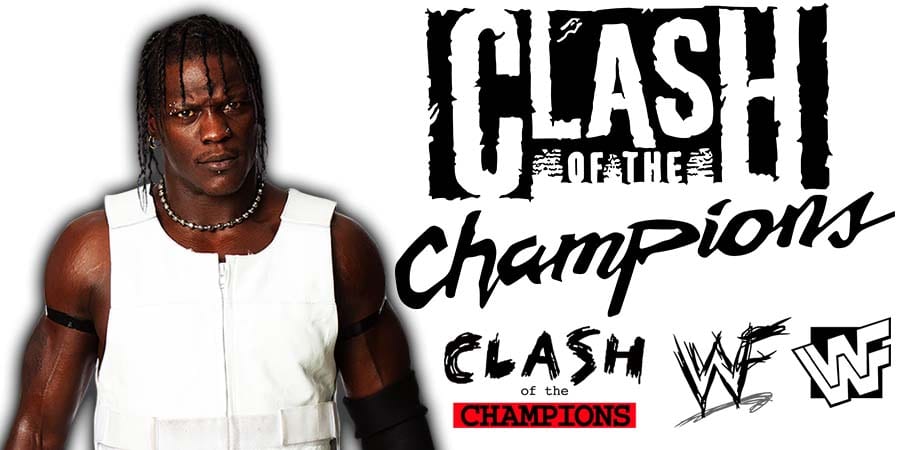 Every match is a championship match at #WWEClash of Champions … and that include the #247Championship!

In the next match, Asuka made Zelina Vega tap out to the Asuka Lock to retain her Title.

In the post-match interview with Charly Caruso, Asuka said that Zelina was not ready for her.

Zelina then showed respect to Asuka, but ended up kicking her.

Up next is the United States Championship match. After hard hitting action, Lashley manages to put away Crews.

Up next is the RAW Tag Team Championship match between Street Profits and Andrade & Angel Garza.

The finish of this match was botched, as Andrade kicked out before the referee’s count of 3 when Angelo Dawkins was pinning him.

In a backstage segment, R-Truth pinned Drew Gulak after attacking him to win back the WWE 24/7 Championship.