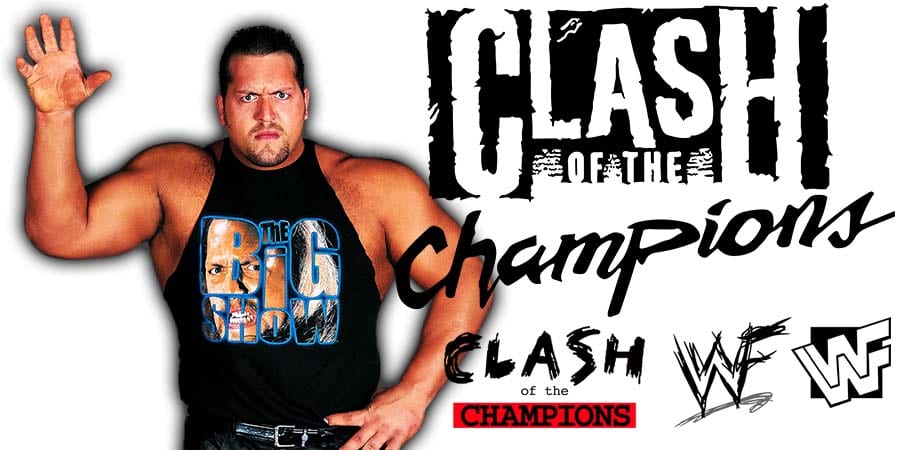 SmackDown Women’s Champion Bayley is out next and issues an open challenge since Nikki Cross isn’t cleared to compete tonight.

RAW Women’s Champion Asuka answers the challenge and the match is underway.

Asuka wins the match via DQ when Bayley attacked her with a Steel Chair.

After the match, Sasha Banks attacked Bayley with a Steel Chair. Bayley fought back, but in the end it was Bayley who retreated.

Up next is an Ambulance Match for the WWE Championship. Randy Orton makes his way out first, followed by the champion, Drew McIntyre.

After a few minutes into the match, WWF Legend The Big Show showed up and Chokeslammed Orton through the announce table. For those who don’t remember, Orton defeated Big Show and then brutally took him out with a Punt Kick prior to SummerSlam.

Later when Drew & Randy were brawling backstage in the catering area, former World Heavyweight Champion Christian showed up and attacked Orton. This is the first time in quite a while that Christian got physical on WWE TV.

McIntyre then picks up Orton and is heading towards the Ambulance, but Orton counters and hits an RKO on the concrete floor!

Orton puts Drew in the back of the Ambulance and is closing the door, but Drew stopped him at the last moment.

McIntyre now hits the Claymore Kick and puts Orton in the Ambulance. However, McIntyre stops, takes Orton out of the Ambulance a little bit and hits a Punt Kick!

McIntyre then closes the door and wins the match.

After the match, Ric Flair was the man who drove the Ambulance to the back!

So in the end, everyone was got attacked by Orton over the last few months got their revenge tonight!